Wall of Inspiration is 11-year tradition at high school 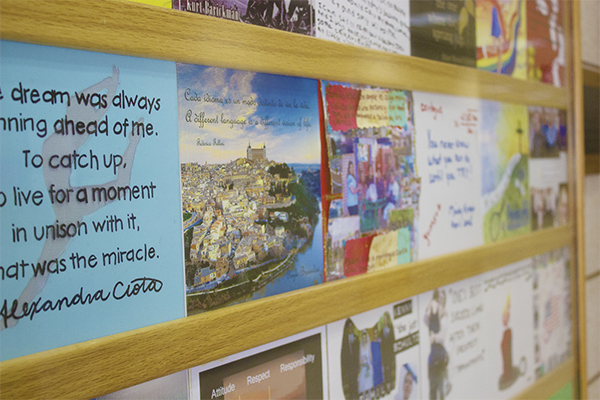 There are usually seven to 10 inductees to the Wall of Inspiration each year. So far, there are 83 inductees. — Hannah Dillon/Albert Lea Tribune

One wall at Albert Lea High School has been inspiring students, staff and alumni for 11 years.

The Wall of Inspiration in the high school commons is not a memorial, but it was done in honor of Josh Kuphal, a 2002 Albert Lea graduate who had spina bifida.

Jim Haney, social studies teacher and faculty member on the Wall of Inspiration Committee, said Kuphal went to get surgery for his spina bifida and ended up passing away.

Haney said Kuphal’s family — parents Kathy and Brian and sister, Laura — wanted to start the Wall of Inspiration to honor people who inspired Kuphal. Now, students, staff and alumni can be nominated because they go out of their way to inspire others in one way or another, Haney said, whether that be in school, sports, extra-curricular activities, faith or just in life.

Nominees are picked by an induction committee, which consists of representatives from eighth, ninth, 10th, 11th and 12th grade; a faculty advisor, who is Haney; and the Kuphal family.

Seven to 10 people are inducted each year, Haney said, and are given a ceramic tile. The inductees can decorate the tile however they like and the tiles are placed in glass cases on the Wall of Inspiration.

So far, there are 83 inductees on the wall.

The wall started with just two cases, and is now up to four. Haney hopes they can keep adding more cases as time goes on and more people are inducted into the wall.

Inductees will be announced on April 10 this year. Haney said they usually shoot for the announcement to be on the second or third Friday in April.

For the announcement, Haney said there is a big student assembly, and the Kuphals are in attendance. Refreshments are served afterwards.

While the Wall of Inspiration is still a big thing for the high school, Haney noted they haven’t been getting as many nominations as usual recently. Still, he said students respect the ceremony and enjoy honoring people who go above and beyond to help others.

And Haney had plenty of stories to tell of inductees.

He noted two inductees from last year: Ryleigh Bure, who helped a wrestler with Down syndrome win his first match, and Carol Lein, a cross-country runner who pushed forward despite a knee injury.

Haney also brought up Ben Woodside, who was inducted in 2013. Woodside was playing basketball in Turkey at that time, so his sister Bryn accepted the award for him. However, Haney said Woodside sent a video talking about his induction, and Haney said that was special.

Haney said the Wall of Inspiration is one of the more positive parts of the high school, and said it’s important to keep that positivity at the forefront. 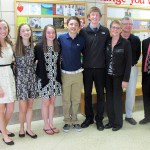 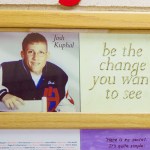 The Wall of Inspiration started in 2004 after 2002 Albert Lea High School graduate Josh Kuphal passed away during surgery for his spina bifida. — Hannah Dillon/Albert Lea Tribune 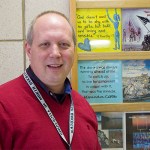 Albert Lea High School social studies teacher Jim Haney is the faculty representative on the wall’s selection board. He has been the representative since the committee’s formation in 2004. — Hannah Dillon/Albert Lea Tribune 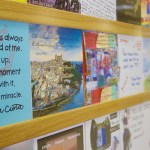 There are usually seven to 10 inductees to the Wall of Inspiration each year. So far, there are 83 inductees. — Hannah Dillon/Albert Lea Tribune