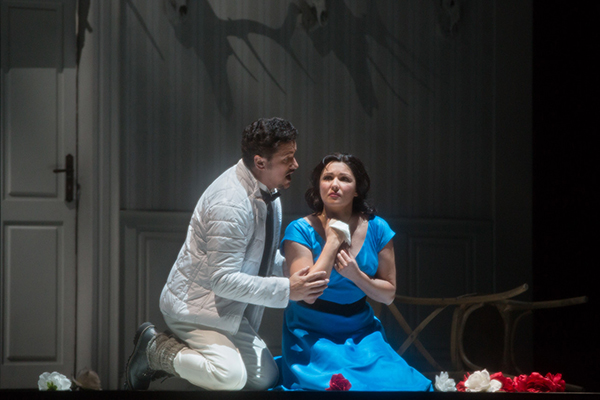 Two rarely performed operas will be on a double bill this weekend in Albert Lea.

Tchaikovsky’s lyrical fairy tale “Iolanta” is about the psychological awakening of a blind princess. Met superstar Anna Netrebko stars as Iolanta, a girl secluded by her father, a King.

Her future husband arrives not knowing that she is blind. He is in love with someone else, but his friend is enchanted by this young girl. She is cured by a doctor of her blindness, but will she find love? 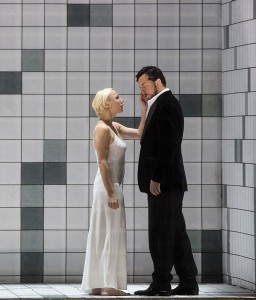 The second opera by Bela Bartók is the harrowing “Bluebeard’s Castle,” in which newlywed Judith must open seven locked doors to discover the full depths of her husband’s dark secrets.

Bluebeard is suspected of killing several wives. As his new wife demands to have the seven doors opened, she sees different aspects of his life, material possessions and sees into his mind.

Nadja Michael sings the central role of Judith in “Bluebeard’s Castle,” with Mikhail Petrenko as her mysterious and menacing new husband.

Eric Owen is the Live in HD host this week. The opera will be sung in Russian and Hungarian with English subtitles. The opera runs approximately 3 hours and 30 minutes.

Tickets are $20 for adults and $12 for students. There are a limited number of free student tickets available, courtesy of the Robert and Margaret Meyers family. Please show your student ID.

Meet the Met will meet at 12:15 p.m. Friday in the lobby at the Marion Ross Performing Arts Center. Discussion about the opera, the synopsis and the singers will be the topics. A shortened version will be at 11 a.m. in the Green Room prior to the opera on Saturday.

• Valentines comedy dinner theater will be from 7 to 10 p.m. at the Lighthouse Event Center, 621 Marshall St. Reservations needed by today. Cost is $25.

• The Big Island Rendezvous Historical Faire will be from 10 a.m. to 6 p.m. at the Northbridge Mall, 2510 Bridge Ave.

• “Stars of the Big Band Era” will be from 9 to 10 a.m. at the Freeborn County Historical Museum, 1031 Bridge Ave. The lecture is free to museum members and $5 for nonmembers.

• Enjoy breakfast from 8 a.m. to 1 p.m. at the Masonic Lodge, 147 N. Broadway. Amaranth pancakes, eggs, sausages, juice, milk and coffee will be served. Suggested donation is $7.

• The Big Island Rendezvous Historical Faire will be from noon to 5 p.m. at the Northbridge Mall, 2510 Bridge Ave.