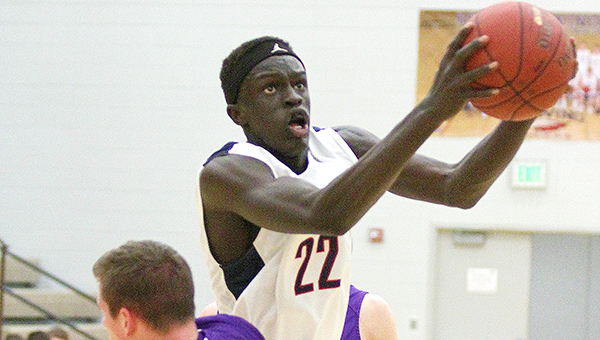 RED WING — When the buzzer sounded at halftime, the winless Albert Lea boys’ basketball team had the No. 5 team in the Class AAA polls on its heels.

“I really liked how we started defensively,” said Tigers coach Lucas Kreuscher. “On three of their first four possessions we forced turnovers, and we were patient on offense.”

Red Wing clung to a 30-27 lead at halftime, but a 13-minute second-half scoring drought doomed the Tigers to a 53-34 loss Wednesday in the Section 1AAA quarterfinals at Red Wing.

All three players will return next season as Thompson and Kilby are juniors.

“A lot of guys got a lot of experience, and now we need to work our tails off in the offseason,” Kreuscher said. “You don’t just get better by being a year older.”

“We couldn’t ask for two better teammates,” Kreuscher said. “Kole constantly brings energy to the team, and Tyler was easily our most improved player.”

“It was a tough season as far as wins,” Kreuscher said. “It is what it is. We talked about it, and we have a lot of guys coming back.”

Last season, the Tigers posted a 6-21 record after guard Tyler Vandenheuvel missed the majority of the season with a knee injury.

“As coaches, we need to keep looking at where we can improve,” Kreuscher said. “We need to take why we’re in this spot and learn from it.”

Overall team strength, work in the weight room and making strides offensively are aspects Kreuscher said he is aiming to improve for next season.

“The opportunities are there, and the gym’s open four nights a week,” Kreuscher said. “We just need to make the most of it.” 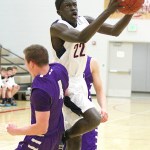 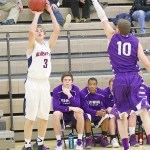 Albert Lea’s Jake Thompson shoots a 3-pointer against Red Wing in the Section 1AAA quarterfinals Wednesday at Sonju Gymnasium in Red Wing. The Tigers were within three points at halftime, but the Wingers pulled away in the second half to end Albert Lea’s season. — Kyle Stevens/Republican Eagle