Adventures and lessons learned in Acapulco

For about a decade, each summer a Detroit Lakes friend invited us to join him for his annual visit to Hotel Los Flamingos in Acapulco, Mexico. After a few years of “maybe someday,” my husband agreed to a week of balmy weather at the bright pink Hollywood celebrity hideaway perched atop cliffs overlooking the Pacific Ocean. 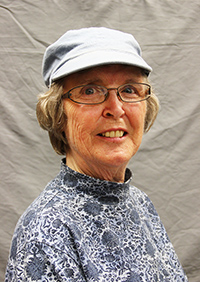 I looked forward to practicing my Spanish learned in Peace Corps training, over half-a-century ago, at a United Nations training center near Patzcuaro Lake in the nearby Mexican state of Michoacan. My sister and my niece from Oklahoma also went along on our first visit.

On that trip in January 2011, we met a freelance journalist in the Los Flamingos lounge area as we looked toward the ocean, searching for whales near the cliff bottoms. The writer wanted our opinion for a USA Today feature about how safe we felt in Acapulco. The published article contrasted our “sisters” photo of high-cliff serenity with one of military police patrolling the roads nearby.

In the old part of town higher up the mountains, we always felt safe then and also this year. The alert from the U.S. government still remained high in January 2015, yet according to Forbes, “there is no evidence that organized criminal groups have targeted U.S. visitors.”

This year we took a friend along who recently lost his wife. We all three stayed in the John Wayne and Tarzan museum-like hotel for three weeks. We met people from all parts of the world. While I spoke Spanish, my husband and his friend, who both used to teach German, got to practice their second language.  This often occurred around meal times while gazing towards the ocean horizon, spotting tankers, cruise ships, fishing boats as well as pods of whales and flocks of pelicans.

All of this we could also view from our individual porches. Watching the Mexican birds seemingly bounce from bush to bush also provided sufficient entertainment for an early veranda evening, swaying in a hammock after feasting on locally caught ocean fish and my favorite flan dessert.

Bugs, ants, mosquitoes and flies visited us at times, usually during late evenings. As a distraction I might amuse myself on our porch by spotting a half-a-dozen or so raccoon-like animals sneaking up the hillside nearby. They scampered up the series of steps headed for the dining room looking for food. I also liked finding several geckos glued to the hanging ceiling light fixtures.

In the mornings, our free hotel breakfasts could be ordered anytime. We’d sometimes sleep in late, lulled by the ocean sounds, so that meals became almost brunch. When we arose earlier, we might trek down the paved gradually sloped mountain road either to the beach in one direction or the town-square and local handicrafts markets in the other. We also revisited Acapulco’s star-shaped fort museum. This year from our rooftop vantage point near the cannons strategically placed to defend the port we watched a large kite dip and swirl on the mountainside near the fortress.

The most delightful happenings on the trip turned out to be the spontaneous unfolding of possible daytime activities besides shopping, swimming, seashell searching and tasting Mexican food.

One morning my husband wore his sandals for our walk and decided at the bottom of the hill, a couple of his toes didn’t look forward to the climb back up to the hotel, so we took a VW taxi and he squished himself in.  About a kilometer from our destination I decided I wanted to hike the last uphill trek. Since Leo would have to squeeze out the tiny side door space, the taxi driver politely stopped and helped me out from his side.

Immediately I noticed a bike rider on the sidewalk nearby. In our initial Spanish greeting, the biker, Jose, learned we had picked Los Flamingos for our three-week stay. He then mentioned he knew both the owner and his son, Fito. Jose and Fito both studied architecture in Mexico. This connection changed the direction of the activities of us three American visitors for the next two days.

When I soon arrived back at the hotel, Jose already had phoned Fito, who managed to find us a DVD, laptop computer and TV. He hooked the whole contraption together so we three could learn all about modern Mexican architecture, while following along in the large accompanying coffee table book he loaned us.

Next he arranged for our group to visit the home of the famous Mexican artist Diego Rivera. Our tourist information map stated the home as a museum, but we discovered when Fito drove us there, it would not be open for months, yet he was able to take us on an inside tour. We viewed hundreds of masks in categorized collections in several rooms, as well as the fabulous inlaid colored tile mural dragon figures on the outside walls.

The next day Fito offered to show us some of his architectural accomplishments. He took us to one of his rental homes and also pointed out two houses in the neighborhood he designed. Once inside the unoccupied home, he explained that he rented it by the week or even for a daylong birthday party.

We stayed several hours for a relaxing tour of the home. With a living room porch view of the famous cliff divers performing at the very moment we watched, we compared the show with when we viewed them several days earlier in the spotlighted darkness.

Upstairs, I especially enjoyed the creative combination of inlaid stone and sliced seashells for floor patterns or corner decorations. Overall, I could not get over the idea of being able to make a simple, yet stunning and serviceable house stick to the side of a steep cliff and how we could be so fortunate as to explore such a place in detail.

Since Los Flamingos sponsored a special Mexican soup dinner with local music and dancing, many people came to celebrate. Three different couples we connected with invited us to visit them, which gave us a taste of some “south of the border” winter hide-away homes with ocean views, spectacular sunsets and some fascinating and culturally diverse conversations.

If you decide you might enjoy some of these kind of little adventures sign up for a trip to somewhere (it could even be Iowa, where my relatives live) and be open to listening, learning and connecting with others who have a similar attitude for unique and safe opportunities. Thank you to our Detroit Lakes friend!