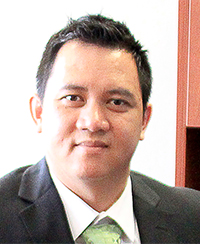 Thongvanh, who commuted to work each day from the Lakeville area, worked on several special projects, including some with new technology and another on developing a tax abatement plan for a potential market rate rental housing project, Adams said.

Thongvanh had a master’s degree from Hamline University School of Management and was hired in Albert Lea out of 43 applicants for the job. He had worked as city administrator in Eagle Lake before coming to Albert Lea.

Adams said he plans to post the job description for the position as early as next week.