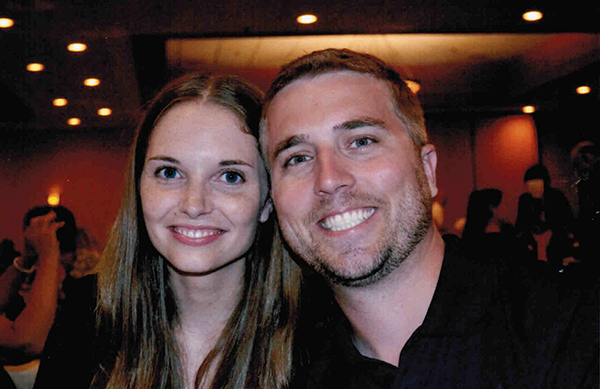 Anne is the daughter of Bob and Jane Brader of Madison, Wisconsin. Anne is a 2003 graduate of Madison West High School in Madison and graduated from the University of Minnesota. She will complete her Master of Business Administration from Bethel University in Bloomington in December and is currently employed as an accounting manager at Thrifty White Pharmacies.

Andrew is the son of Steve and Dee Soiney of Albert Lea. Andrew is a 2000 graduate of Albert Lea High School and graduated from Riverland Community College in Albert Lea. He is currently the district fleet manager for Waste Management Systems in Minneapolis. A May 23, 2015, wedding is planned at Baker Park Reserve in Medina.