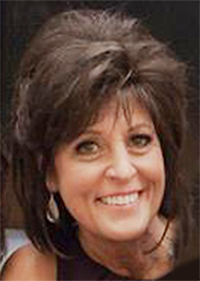 Carol Reese, 59, of New Richland, loving mother, grandmother, wife, sister, daughter, teacher and friend, passed away in the presence and warmth of her family Wednesday, March 4, 2015.

Born in Faribault as the second of six children Sept. 25, 1955, to Duane and Leona Ellingworth, Carol became a pillar of love and support to her family at a young age after the death of her father when she was 13.

She married Jeff Reese in 1977 and eventually established roots in New Richland. She gave birth to four children and raised three. A dental assistant by trade, she left dentistry to open her own dance studio, which provided a creative outlet for her love of dance and youth and gave her the opportunity to leave a lasting impact on her community. Among numerous other endeavors she taught danceline, coached cheerleading, served as a nurse’s aide in the school district and worked at several fashion retailers in the area. She remained in her adopted community until her death.

Carol was devoted and independent, thoughtful and honest, but most of all she was loving and her life centered around her family. Her love was boundless and was a constant reminder that the more love you give, the more you have to give. She will be dearly missed.