Mundwiler and Larson Funeral Home of Ortonville announces the death of Carolyn Paulson, 74, of Ortonville and formerly of Freeborn, who died Feb. 26, 2015, in Sioux Falls, South Dakota. 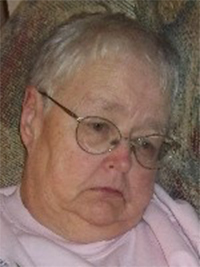 Funeral services will be at 2 p.m. Tuesday at Mundwiler and Larson Funeral Home in Ortonville. Visitation will be at the funeral home for one hour prior to the time of service. The Rev. Karen Evenson will officiate and music will be provided by Tim Mundwiler. Burial will follow in the Clinton City Cemetery.

Carolyn L. Paulson was born on Jan. 16, 1941, in Gonvick, the daughter of Carl and Mabel (Berg) Larson. Following her high school graduation in 1959, Carolyn entered Bemidji State University, graduating with a degree in teaching. She taught in Ashby from 1963 to 1965, after which she began teaching in Plummer. It was there that she met and fell in love with Richard “Dick” Paulson and they were married on July 29, 1967. In 1970, they moved to Freeborn and made their home there until 2002. At the time of Dick’s retirement they moved to Ortonville to live near their son, John.

After moving to Freeborn, Carolyn was a full-time substitute teacher. She was a member of the Freeborn United Church of Christ. Carolyn was an avid reader and enjoyed crossword puzzles. The family’s long-time pet cat, Sabrina, held an extra special place in her heart.

Left with her loving memory is her son, John Paulson, of Ortonville, as well as many nieces and nephews.

She was preceded in death by her parents and her husband, Dick, in December 2012.

Mundwiler and Larson Funeral Home of Ortonville is in charge of services for Carolyn Paulson. To send an electronic condolence, visit www.larsonfuneral.com.