Celebrating ‘The Sound of Music’ 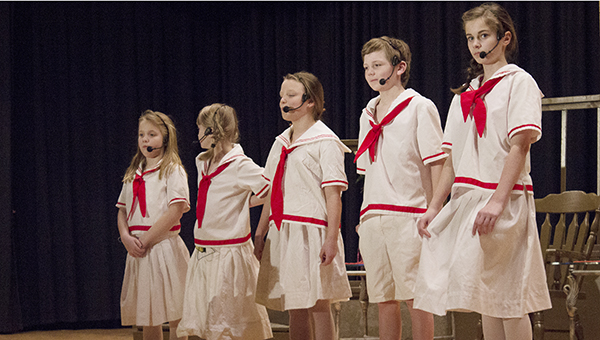 Students from third to 12th grade are performing in Alden-Conger Public School’s rendition of “The Sound of Music” this weekend. – Hannah Dillon/Albert Lea Tribune

Students to perform popular musical in its 50th anniversary

Alden will be alive with the sound of music this weekend with Alden-Conger Public School’s musical.

Students will perform “The Sound of Music” at 7 p.m. Friday and Saturday and 2 p.m. Sunday at the Alden-Conger Public School gym. Tickets are $4 for students and seniors and $6 for adults, and will be available at the door. 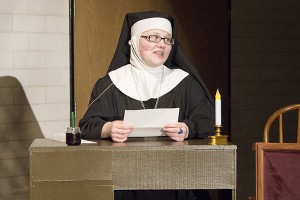 Theusch said she picked “The Sound of Music” because it’s the musical’s 50th anniversary this year and she knew she had the talent to pull it off. She also likes to pick a variety of musicals, and last spring the school did a more modern musical in “Legally Blonde.”

The auditions for the musical were held in December so the students could take their scripts home to practice over winter break. Rehearsals began in January.

“The Sound of Music” follows Maria, a young woman attempting to be a nun who is sent off to become a governess. She ends up winning the hearts of the seven children she watches over and their father as well, despite the fact that he is engaged to someone else and Maria is working toward becoming a nun. 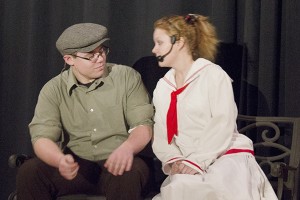 Students will sing classic songs from “The Sound of Music” this weekend while they perform the musical. -Hannah Dillon/Albert Lea Tribune

Theusch said it is a great feel-good musical and will be good for the whole family to watch.

What: “The Sound of Music”

Cost: $4 for students and seniors, $6 for adults