Chester Truman Sande, 85, of West Concord, formerly of Bloomington, died Friday, March 13, 2015, at the home of his daughter surrounded by his family. 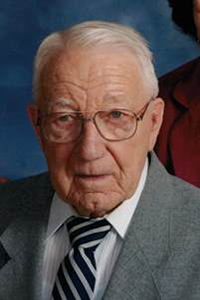 He was born Aug. 5, 1929, in Freeman Township, the son of Ernest and Clara (Klabo) Sande. He was a loving husband, father, grandfather, and great grandfather. Chester retired from the city of Hopkins and was a proud Army veteran, who truly enjoyed nature and the peace and serenity it provided. His selfless and quiet nature endeared him to many and he treasured every moment spent with his grandchildren and great grandchildren. He will be greatly missed by all who love him.

He was preceded in death by his wife Ruth, and his parents.

Visitation will be on from 10 to 11 a.m. Wednesday at Michaelson Funeral Home in West Concord. Funeral services will be 11 a.m. Wednesday at Michaelson Funeral Home with The Rev. Chris Brekke officiating. Interment will be in the Fort Snelling National Cemetery. Military honors will be provided by the Kenyon Veterans Color Guard.