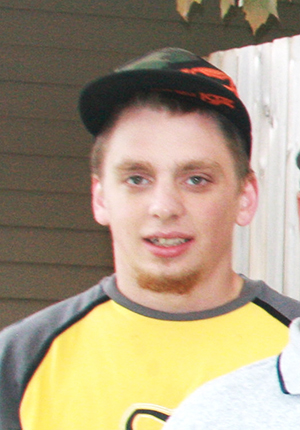 Corey was born Jan. 31, 1992, in Austin to Richard and Judy (Smith) Andrews. He earned his General Education Degree in October of 2013 graduating at the top of his class.

Corey loved spending time with his niece, Rylyn; niece and goddaughter, Payton; and his dog, Scooter. You could always find Corey working on his many vehicles with his friends.  He loved to hunt and fish.

He was preceded in death by his uncle, Gary Smith.

A funeral mass will be at 11:30 a.m. Tuesday at St. John the Baptist Catholic Church in Johnsburg with the Revs. Swaminatha Pothireddy and Ruben Spinler officiating.Interment will be in St. John’s Catholic Cemetery. Visitation will be from 4 to 8 p.m. today at Adams Funeral Home and from 10 to 11 a.m. Tuesday. There will be a prayer service at 7:30 p.m. today.

In lieu of flowers the family prefers memorials.