Diane S. Austin, 54, of Wichita, Kansas, died Friday, Feb. 20, 2015, at Medical Lodge in Wichita.She was born Aug. 13, 1960, at Owatonna Hospital to Ray and Lucy (Diaz) Luna.Diane was the seventh in line of her siblings and was the fifth girl. She attended Albert Lea schools. 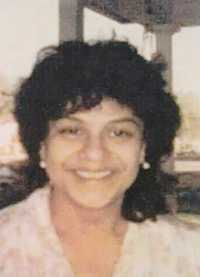 Growing up, Diane was always curious. She was given the name Moosy at a young age. She had a warrior’s heart. Over the years she fought through many challenges — emotional and physical. She fought with courage until the end, not knowing this was her last and greatest battle.

Diane enjoyed fishing all of her life. Leo, her best friend, saw to it until the end. When she could no longer fish she had her two special companions, Alex and Cali, her kitties. They kept Diane calm, always lying on her. She enjoyed drawing. She lived life to the fullest. She was a firecracker, laughing and drawing in many friends to barbeques and other gatherings. She loved her family and always called her dad, waking him up at all hours, telling him about the new foods she experienced. She enjoyed a mixture of music. Diane will be missed by her many friends. She was married three times and was blessed with four children and seven grandchildren.

Her family would like to thank Hospice and Medical Lodge in Wichita and all the others that helped.

Memorial services will be at 10:30 a.m. Tuesday at St. Theodore’s Catholic Church with a visitation one hour prior. The Rev. Timothy Reker and Deacon Mike Ellis will officiate. Interment will be in St. Mary’s Cemetery in Newry Township.

Memorials are preferred in lieu of flowers.