Funeral services for E. Graden Hanson of Bloomington will be at 2 p.m. Sunday at Holy Emmanuel Lutheran Church at 201 E. 104th St. in Bloomington. The Rev. Dan L. Siedenburg will officiate. Visitation will be one hour prior to the service. Interment will be at Hayward Cemetery at a later date. 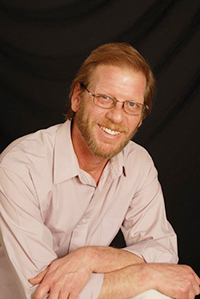 Graden was born to Richard and Gwen Hanson Nov. 13, 1962, in Albert Lea. He was baptized and confirmed at Hayward Lutheran Church. He was 52, the same age his grandfather, E. Luverne Hanson, was when he also passed away from a heart attack.

Graden married Kathy “Jesse” Ogan in Como Park. They were the parents of two daughters, Nichole and Bryanna. The couple owned a cleaning business for large apartment complexes for many years which he continued to operate after her passing.

Graden enjoyed hunting, fishing, canoeing, travelling and backpacking. His travels took him to Europe, Canada, Mexico and many of the states. In recent years Graden and his family took a yearly trip to Oregon to visit extended family.

He is survived by his daughters Nichole and Bryanna Hanson; his mother, Gwen Hanson; his sister and brother-in-law Caroline and Michael McDowell; nephews Aaron and Addison; father-in-law, Ralph Ogan; his brothers-in-law Robert (Susan) Ogan and Terry (Judi) Ogan; nieces and nephews; and many aunts, uncles and cousins.

He was preceded in death by his wife, Kathy “Jesse” Hanson; his father, Richard Hanson; grandparents Harriet (Wayne) and E. Luverne Hanson and Erling and Audrey Skaar; and two brothers in infancy, Mitchell and Michael.