Having a blast with summer on ice 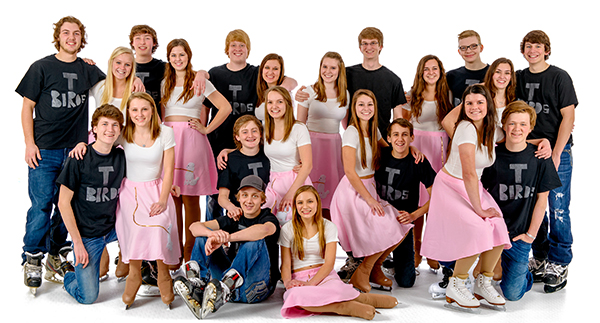 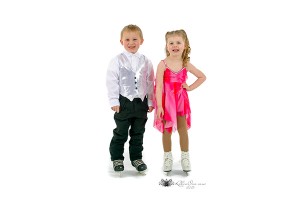 Nathan Herr and Emma Benson, the youngest members of the Albert Lea Figure Skating Club will perform to “Go Fly a Kite” from the movie “Mary Poppins” at the club’s annual show March 21-22 at City Arena.

“The club has been blessed with skaters who pull out all the stops to give the community a great show,” said Carol Linde, club president. “Our skaters work hard all season to improve their skills to provide a show that is full of fun and talent. This is a great way for families to spend an evening or afternoon together. Bring the grandparents too!”

The show will feature more than 50 skaters, almost 40 numbers and a set of summer scenes. The Albert Lea club is the largest of its type among Owatonna, Austin and Mason City. The talent on the skating club reaches beyond Albert Lea, with members from Iowa, New Richland, Hayward, Alden and other towns. The audience can expect to see a variety of acts, including Tiny Tots, five groups of basic skills skaters, a trio, duets, features, solos and artistic groups. 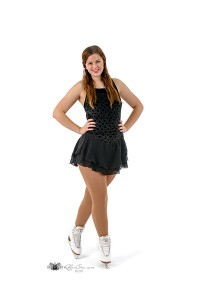 For her solo performance Senior Courtney Field chose “I Will Lift My Eyes.”

The show kicks off with 21 freestyle skaters performing to Alice Cooper’s “School’s Out.” New to the show this year will be a junior line of synchronized skaters. The club added this line after bringing back the traditional senior line for the 2014 show. Always a hit with the crowd, this year’s boy-girl number featuring hockey players and figure skaters will perform to “Summer Nights” from the iconic movie “Grease.”

Another highlight will be the senior showcase to “Hold onto the Memories” and solos by 12th-graders Holly Wichmann, Courtney Field and Shelby Schroeder.

Holly, daughter of Warren and Terri Wichmann, will graduate from Albert Lea High School this spring. She has skated for 13 years, all with the Albert Lea club. Her other activities include hockey, soccer, track, Youth in Government and National Honor Society.

Courtney, daughter of John Field and Kim Bryant, is a senior at Garner-Hayfield/Ventura High School. Off the ice, she enjoys cross country, color guard and music. Courtney plans to attend Luther College this fall.

Shelby, daughter of Tracy and Connie Schroeder, will graduate from Garner-Hayfield/Ventura High School this spring. She’s been figure skating for 11 years, the last three with the Albert Lea club. Off the ice Shelby’s active in National Honor Society, speech, choir, band, church, dance, color guard and cheerleading. She plans to attend the University of Northern Iowa and major in elementary education. 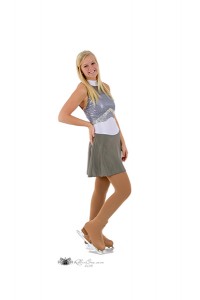 Senior Shelby Schroeder will perform her solo to “Time of My Life.” 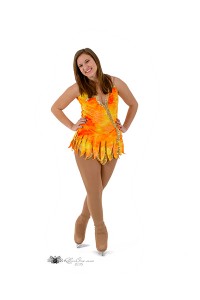 Mariah is now coached by Debbie Radzak and Nicole Lecy. She is working on her junior moves and freestyle tests, the seventh of eight levels in figure skating. Mariah is an active competitor, placing first and second in many events.

Where to buy: From club members or at the door