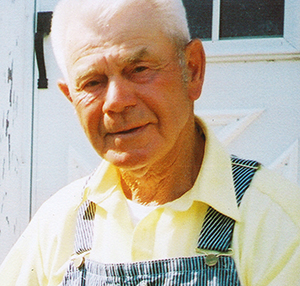 He married Bernice Seedorf March 8, 1947. Hank was a member of Our Savior’s Lutheran Church and was president of the Farmers Union. He worked at the Matz Fur Farm for many years and farmed until his retirement. Hank loved to hunt and fish. He kept many people entertained with stories of his numerous fishing and hunting adventures. Hank enjoyed playing cards as well as shaking dice with his morning coffee buddies. Hank had a special place in his heart for dogs and a passion for raising them. But most of all, Hank loved spending time with his children, grandchildren and great-grandchildren and was always interested in what was going on in their lives. He always looked forward to going hunting and fishing with them and sharing his knowledge and experiences in everything he did.