After attending what would become Riverland Community College in the early 1970s, Don Leathers has never been far from the school.

Leathers started at Austin State Junior College — which later became Riverland — and earned an Associate of Arts degree in 1972 before going on to major in English and humanities with a minor in journalism at the University of Minnesota. But he never forgot Riverland and his learning experiences and stayed involved with the college, taking part in the Hall of Fame Committee, the Riverland Athletics Booster’s Club, and the Riverland Alumni and Friends Committee. He is also a part-time umpire for college baseball games and used to referee for college basketball games. 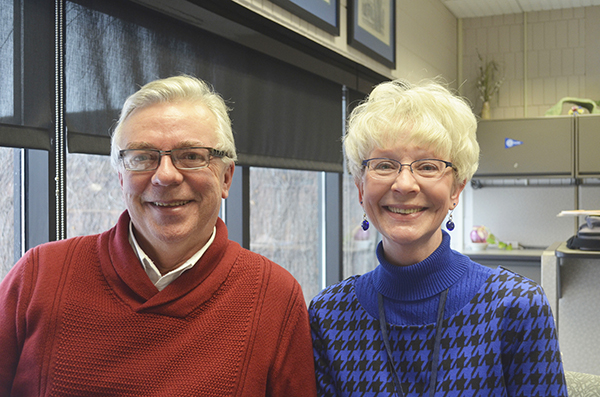 Now, Leathers is one of 75 Riverland alumni to be featured in the college’s 75th anniversary Alumni Connections project. Many careers were represented in featuring the 75 former students: teachers, a farmer, a real estate agent, a photographer, a Mayo Clinic Health Systems researcher, an accountant, a former president at US Bank in Austin and many more.

Retired Riverland Theater Director Jerry Girton helped lead the project and was excited about the many careers represented, yet he said this is a small representation of the many people who have attended Riverland.

“There are thousands that have done every bit as well as these,” he added.

Though it was tough to decide who to feature, Marijo Alexander, another organizer for the project, said each person stood out in his or her own way. She noted that the success of so many students shows what kind of college Riverland has been for the last 75 years, and she believes it will continue for the next 75.

“It proves that we’re a community college; we serve the community,” she said. “And (the students) maybe go away from Austin for a while, but they come back.”

Leathers came back and became a teacher in Glenville for 34 years. He retired in 2010 and now lives with his wife, Marsha, in Austin.

Leathers recalled good experiences with classes at Riverland, where he enjoyed learning from and chatting with many professors.

“The teachers were really good,” he said. “I can just about remember every teacher I had.”

He recalled professors Bill Ruppert and Jerome Carlson for their great lectures, unique senses of humor and intelligence in their fields.

“The classes were small, the teachers were good — they challenged you,” Leathers said. “It was a good precursor to going to the university.”

Leathers said Riverland has many administrators who are invested in helping students meet their future goals.

“It’s a positive place,” Leathers said. “It’s a good place for kids to go and find out who you are, get acclimated to college life and move on, whether it’s to the workforce or a four-year college.”