Memorial services for Irvin Willmar Jensen, 85, of Albert Lea will be 10:30 a.m. Wednesday at Bridge Community Church, formerly Calvary Baptist Church. The Rev. Clayton Balsley will officiate. Military honors will be accorded by local servicemen’s organizations, VFW and American Legion. Visitation will be one hour prior to the service at the church. Online condolences are welcome at www.bayviewfuneral.com. 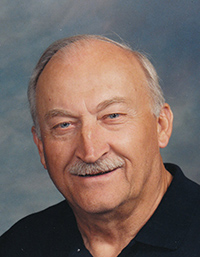 Irvin Willmar Jensen was born April 6, 1929, to Oscar and Ellen Jensen on the family farm near Geneva. Irvin grew up near Geneva and attended country school. After school Irvin worked for Queen’s Manufacturing; he was then drafted into the United States Army. After his discharge he returned to Queen’s where he worked in quality control, retiring after 38 years. Irvin’s passion was farming, and he farmed an 80-acre farm for many years. He loved every aspect of farming, especially the cattle and livestock. In 1951, Irvin was united in marriage to Marcelene Connor. Together they were blessed with three sons. They later divorced. Irvin was a member of Calvary Baptist Church.

In 1978 Irvin met Shirley Kunze, forever his “sweetie” and love of his life. They loved traveling together; they spent 22 winters in Arizona and would take annual trips to reconnect with his army buddies throughout the country. On Oct. 7, 1995, Irvin and Shirley were married in Manitoba, Canada. For Irvin’s 80th birthday they took a cruise and he swam with the dolphins. One of the greatest highlights of his life was a weeklong trip taken in 1989 with his three sons to Montana for The Centennial Cattle Drive.

Irvin was preceded in death by his parents; sister, Delores (George) Goodnature, and brother-in-law, Roy Bjoraker.