Lebeck home was a community landmark 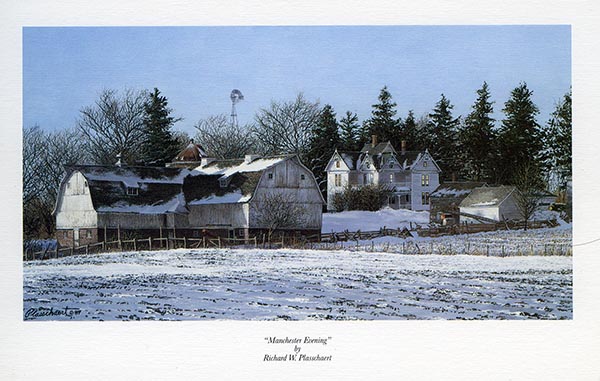 This print of Edson Lebeck’s home near Manchester is by Richard W. Plasschaert. Former Sheriff Mark Harig and resident George Wichmann have copies of the print. – Provided

Nose for News by Sarah Stultz

I issued a call to the community last week for any photos or paintings of the farmhouse of Edson Lebeck, which was destroyed by fire Feb. 16. The blaze, which ultimately claimed Lebeck’s own life, has been shocking to the community. 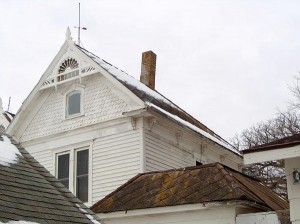 Glenville photographer Julie Bronson took this photo of Edson Lebeck’s home near Manchester on March 1, 2008. Bronson said she had admired the house for many years as she drove to New Richland to see her grandmother. She would slow down as she passed it on Minnesota Highway 13. – Provided

Not only did the community lose one of its own members that week, but it lost a community landmark as well.

Lebeck’s home, at 25886 708th Ave., could be seen from Minnesota Highway 13 and had been the subject of several photographs and paintings over the years.

I found out just how significant that home was the day of the fire when I talked with  Frank Gjersvik, who had known Lebeck since the first grade.

Not knowing about Lebeck or his home personally, I was curious to find out more about it — hence, the reason I wrote my initial column.

I heard back from a handful of people in response after my column last week who had either photographs or prints of the home.

Glenville photographer Julie Bronson emailed me with three photographs she had taken in March 2008.

Bronson said she had admired the house for years having driven past it several times on her way to and from New Richland to see her grandmother. She said she would make sure to slow down as she passed it.

On March 1, 2008, she said she got the nerve to go up to the house with LeAnn Trolen and knocked on the door. There was no one home except for a little black dog, so she only snapped a few shots before leaving.

Bronson said she was glad she got the few photos she did and noted that much history is lost in the loss of both Lebeck and the house.

Former Sheriff Mark Harig and Freeborn County resident George Wichmann both have prints of a painting of Lebeck’s home titled “Manchester Evening” by Richard W. Plasschaert, who they believe lives in Waseca.

Harig said he purchased the print, a little larger than 4 by 6 inches, at an antique store in downtown Albert Lea.

“I recognized it, and I always thought it was cool,” Harig said.

He said he had talked with Lebeck about coming out and taking an updated photograph of his farm after some grain bins had been put in.

Wichmann said his wife purchased the same print of Lebeck’s farm, though much larger than Harig’s copy, for him in 2004.

He said his daughter was a student at Gustavus, and the print was there in an art sale.

His wife surprised him with it for Christmas that year.

“It’s quite a house and quite a  barn,” he said of why he liked the print.

Who made the original painting?

Plasschaert was born in New Ulm and has had his work displayed all over the country, most notably at the National Academy Galleries in New York City. His design was chosen for the 1980-81 Federal Duck Stamp, as well as for multiple state duck stamp contests. In 2001, he was chosen as the International Artist of the Year for Ducks Unlimited.

I tried to track down Plasschaert for this column, but was unable to find a phone number for him.

I have also heard that former Albert Lean Steve Larson depicted the same home in a painting called “Manchester Farmhouse.”

Thank you to everyone who responded to my question.

Sarah Stultz is the managing editor of the Tribune.