Funeral services for Lois E. Drommerhausen of Albert Lea will be at 2 p.m. Friday at First Lutheran Church in Albert Lea. The Rev. Al Stoa will officiate. Visitation will be from 5 to 7 p.m. Thursday at Bonnerup Funeral Service and one hour prior to the service at the church. Interment will be in Graceland Cemetery. 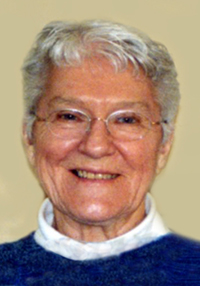 Lois was born Oct. 29, 1930, in Albert Lea, the daughter of Morris and Annie (Johannsen) Evenson. She graduated from Albert Lea High School in 1948.

On Oct. 30, 1949, she was united in marriage to Donald Drommerhausen at First Lutheran Church in Albert Lea.

Lois was employed by Naeve Hospital for over 30 years, most recently in medical records. She was an active member of First Lutheran Church where she was in the church circle and worked with holidays ahead. Lois enjoyed bowling and socializing with her friends, but most important was the time she spent with her children and grandchildren at all of their events.

Lois was preceded in death by her parents; sister, Irene (Alvin) Herth; and brothers-in-law Mervin Holstad and Roland (Priscilla) Dulitz.

Memorials are preferred to Peace and Power at First Lutheran Church.