My Point of View by Spencer Krier

On Feb. 27, I attended a Transportation Public Safety Committee meeting at the Freeborn County Courthouse organized by the Senate DFL. Present were some members of the committee and our State Sen. Dan Sparks. The purpose was to listen to the public’s testimony on the DFL’s $11 billion transportation funding proposal. Their proposal would raise taxes by $8.65 billion through a gas tax and a vehicle registration tax. 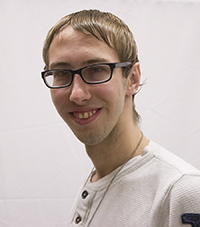 Also on that day, the budget forecast was released. We are projected to have a $1.87 billion surplus.

This surplus turns the tables. How can Gov. Dayton and the DFL Senate ask for a gas tax when we have an almost $2 billion surplus?

I spoke before the committee suggesting that part of this surplus money could possibly be used for transportation to repair our aging roads and bridges instead of imposing an increased gas tax and vehicle registration tax. On that day gas was cheaper in Iowa by 7 cents and if we were to increase the gas tax by 10 cents, it would only send more people across the border to buy their gas. It doesn’t help the middle class.

A KSTP poll from February even showed that only 43 percent of Minnesotans approve of the DFL’s Transportation plan.

This last Monday, House Speaker Kurt Daudt and Minnesota House Republicans released their transportation plan called The Road and Bridge Act of 2015. This plan will invest more than $7 billion into our roads and bridges over the next 10 years without taking a single penny more from Minnesota families.

It will repair or replace 15,500 lane miles and 330 bridges across the state. About $230 million of this will be taken from the surplus. It would create the $3.078 billion Transportation Stability Fund that would take current taxes such as sales taxes on auto parts, rental vehicles and motor vehicle leases.

Also, it would use $1.3 billion in trunk highway bonds, $1.2 billion from realigning Minnesota Department of Transportation resources, $1.05 billion in general obligation bonds and $228 million in general funds. Compared to the DFL plan, this will be less expensive because it puts less funding toward mass transit projects like the light rail.  Only $32 million will be put toward that. I believe it to be wrong to make Greater Minnesota foot part of the bill for mass transit when the metro is where it’s utilized. A poll this week shows 75 percent of Minnesotans support this plan. I thank the Speaker Daudt, Majority Leader Joyce Peppin, House Transportation Chairman Rep. Tim Kelly, our Representative Peggy Bennett and the rest of the GOP House majority for their hard work on this proposal.

In the end, compromise will be needed between the two plans because we still have Gov. Dayton and the DFL-controlled Senate who have already express their opposition to our plan.

Both Republicans and DFLers agree that transportation is an important issue and that our roads and bridges need to be repaired, where we differ is the source of that money. We might have to compromise on some other secondary taxes to make a deal work, but what that may be exactly won’t be clear for a while.

I can promise one thing though, knowing my friends in the Minnesota House of Representatives GOP majority, we will not compromise on a gas tax and take more money from the pockets of the hard working families of Minnesota at the pump.

Spencer Krier is a member of the Freeborn County Republican Party.