Recognizing a dedication to farming 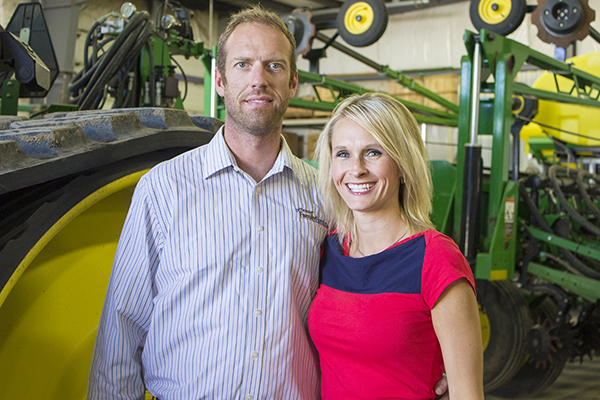 Cole and Katie Pestorious are the 2015 Farm Family of the Year. The Pestoriouses are co-owners of Frontier Family Farms. – Hannah Dillon/Albert Lea Tribune

Pestorious family recognized as Farm Family of the Year

The co-owners of Frontier Family Farms west of Albert Lea have been chosen as the 2015 Farm Family of the Year.

Cole and Katie Pestorious will accept the award at the 10th annual Albert Lea-Freeborn County Chamber of Commerce Agriculture Luncheon today at the Fairlane Building at the Freeborn County Fairgrounds.

The Pestorious family grows corn and soybeans on their farm in an 80/20 rotation. Cole is a sixth-generation farmer, and Katie also comes from a farming background. Her parents farmed land near Clarks Grove, Cole said.

The Pestoriouses have three children: Danica, 7, Bridget, 6, and Cael, 2. 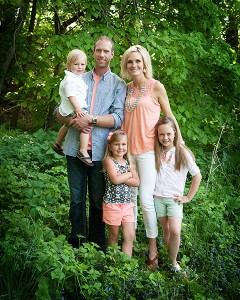 Cole and Katie Pestorious, along with their children Danica, Bridget and Cael, are the 2015 Farm Family of the Year. – Provided

Katie said receiving the award is an honor and it recognizes hard work and dedication. Cole said it’s nice to be recognized for all the community involvement.

And the Pestoriouses are involved in the community through a multitude of outlets. Cole is the president of the Freeborn County Corn and Soybean Growers Association, a Dow Enlist Ambassador, a member of the Midwest Agricultural Initiatives Network and a member of the Top Producer

Executive Network. He has hosted trade teams on the farm and served on the Freeborn County Soil and Water Conservation Board. He also recently completed the executive program for agricultural producers, which is a two-year program based in Texas.

Katie is the vice president of the Sibley Elementary School PTO, serves on the Corey Goodnature Scholarship board and is on the board of the Albert Lea FFA Alumni Association. She is coordinating an upcoming Progressive Agriculture Safety Day as well.

Looking ahead, Cole and Katie are focused on work. Planting season will be coming up soon and they are trying to get equipment ready to go in the fields.

Because the Pestoriouses won the 2015 Farm Family of the Year Award, they will represent Freeborn County at the University of Minnesota Extension farm family recognition event at Farm Fest in August.