Sharon Wangsness Peterson died peacefully at her home Saturday, March 21, 2015, in Stewartville after a courageous battle with cancer. She was 70. 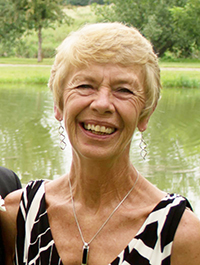 Sharon was born Dec. 3, 1944, in Albert Lea to Herman and Germaine Wangsness. Sharon graduated from Albert Lea High School. She worked for Northwestern Bell Phone Co. for many years and retired from U.S. West Telephone Co. The holidays and get togethers with her family were the ultimate fun times for Sharon. She also enjoyed baking, craft sales with friends, playing cards and fishing with her brothers and their families. Cleaning was her passion! She will be greatly missed by her family, friends and everyone that knew her.

Sharon was preceded in death by her parents Herman and Germaine Wangsness and sister-in-law, Jodi Wangsness.

Visitation will be at 4:30 p.m. with a memorial celebration of life ceremony at 5 p.m. Saturday at the Stewartville American Legion hall in Stewartville.