Funeral services for Steven F. Yocom, 92, of Emmons will be at 11 a.m. Monday at the Emmons Lutheran Church. The Rev. Christopher Martin will officiate. Interment will be in the Oaklawn Cemetery with military honors accorded by the Emmons American Legion. Visitation will be from 4 to 7 p.m. Sunday at the church in Emmons, and one hour prior to the time of the service on Monday. Bayview/Freeborn Funeral Home is assisting the family. Online condolences are welcome at www.bayviewfuneral.com. 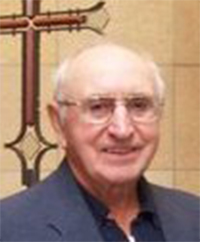 Steven F. Yocom was born on May 2, 1922, in Nunda Township, the son of Steve and Hattie (Bunse) Yocom. He went to District 43 Country School and graduated from Emmons High School in 1940. He served in the U.S. Army from 1945-46 at the end of World War II. On Nov. 23, 1950, Steven was united in marriage to his sweetheart, Kerjil I. Rasmusson, at the Emmons Lutheran Church. Steven was a long-time 4-H leader, a lifelong member of Emmons Lutheran Church where he served on the church council. He was a loyal member of the Emmons American Legion. One of the highlights of his life was participating in the Honor Flight to Washington D.C. a few years ago. Steven loved the Lord, his wife and his family. He also loved the land, being a farmer all of his life — driving a tractor, checking fence and feeding stock past the age of 90.

Steven was preceded in death by his parents, his wife, Kerjil, brothers-in-law Neil and Bob Rasmusson, sister-in-law, Connie Newcomb, and many other family members and friends.