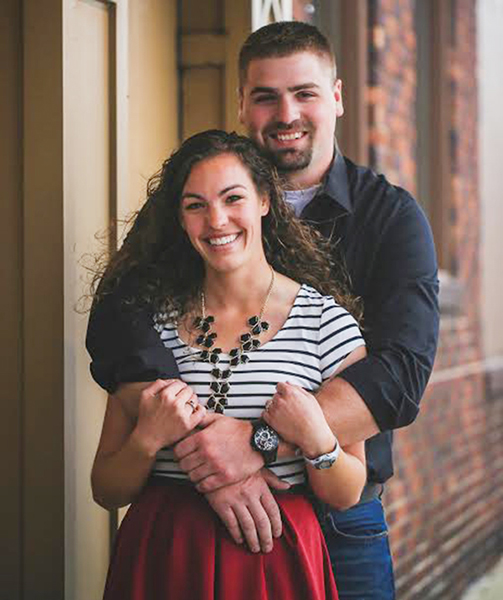 Emily is a 2011 graduate of Albert Lea High School and is currently a senior at Luther College majoring in athletic training, exercise science and sports psychology. She is the granddaughter of Norma and the late Donald Stoneking of Albert Lea, Howard and Carol Johnson of Albert Lea and the late JoAnn Johnson.

JDwight was home schooled and graduated in 2009. He graduated from Riverland Community College in 2013 with a degree in industrial maintenance and mechanics. He is currently employed at Vestas. He is the grandson of Glenn and the late Beulah Seiler of Lecanto, Florida, and Richard and Mary Margaret Pecht of Lewistown, Pennsylvania.

A June 5, 2015, wedding is planned at the Gale Mansion in Minneapolis.