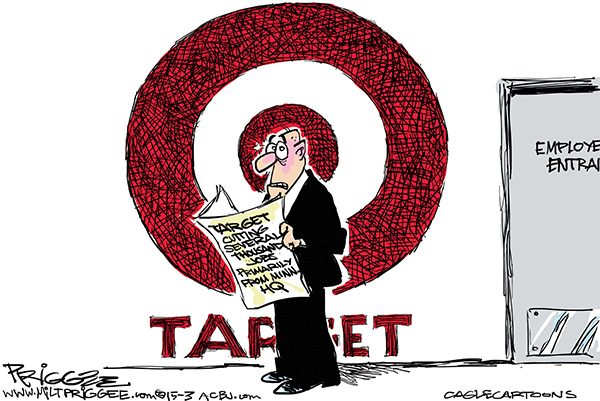 Cornell and his management team will certainly need to be customer-centric in the months ahead, but the internal disruption caused by Tuesday’s news that the retailer would cut several thousand jobs from its downtown Minneapolis headquarters over the next two years will require careful tending as well.

The layoffs, along with other cost-cutting, are expected to save the company $2 billion annually. Cornell said the restructuring will make Target a “more agile, effective organization” better able to react to the changing retail landscape in its stores and online. Minnesotans should hope the former PepsiCo and Sam’s Club executive is right.

In the short term, Minneapolis will suffer the loss of hundreds of good-paying corporate jobs. Target is downtown’s biggest employer, with 10,000 headquarters workers on Nicollet Mall. Those employees who lose out in the cost-cutting will be looking for work in a regional economy that is among the strongest in the nation, but even temporary job loss takes an unfortunate toll.

That’s not to say the cuts weren’t necessary. From all accounts, the country’s fourth-largest retailer had become siloed and stagnant. Cornell, now in his seventh month on the job, showed that a new era was at hand in January when he took the company’s failed experiment in Canada off life support. More cuts were expected, although not necessarily to the extent announced Tuesday.

Despite the Target news, downtown is showing “lots of resiliency and many positive things,” Steve Cramer, president and CEO of the Minneapolis Downtown Council, told an editorial writer. The company remains committed to Minneapolis and should be better positioned for future growth after the restructuring, he said.

Let’s hope that’s the case — for the company, its 350,000 employees worldwide and the thousands of Minnesotans who have a stake in its success.