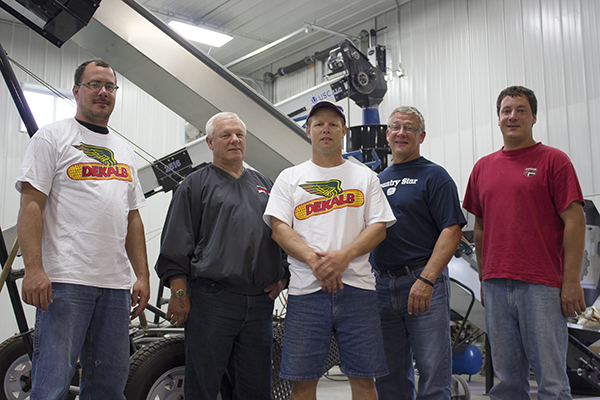 WELLS — For those at Wegner Seed Inc., it truly is a family operation.

The Wegners have been in the agriculture business for over 60 years. Specifically, the Wegners are seed dealers — they get corn and soybeans from Monsanto and Mycogen and distribute them to farmers around the area.

Mike Wegner said their customer base has a 30- to 40-mile radius, but one customer is over 100 miles away.

At Wegner Seed Inc., the Wegners are also able to treat soybeans. Britt Wegner said that the soybean seeds are treated with pesticides and fungicides to help keep the soybean plant safe from pests, including the soybean cyst nematode.

According to the University of Minnesota Extension Office, soybean cyst nematodes are the number one yield robber of soybeans and have infested more than 50 percent of fields in the state.

“Everything is driven off trying to produce more yield and reduce risk,” Britt Wegner said.

About 90 to 95 percent of customers buy treated soybeans, but it is possible to buy the seeds untreated. As for corn, 100 percent of the stock the Wegners receive is already treated by Monsanto or Mycogen.

One reason corn is pre-treated is because the more corn is handled, the germination of the seed goes down, Ron Wegner said.

For a unit of seed, which is 48 to 54 pounds and approximately fills a five-gallon bucket, three ounces of treatment is needed. A unit is approximately an acre of crop.

This treatment is done with the help of large treatment systems. The Wegners just got a new USC brand seed treater to help them do the job. 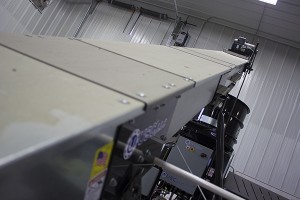 Seeds will ride up this conveyor belt during the treating process at Wegner Seed Inc. – Hannah Dillon/Albert Lea Tribune

During the treatment process, the seed rides up a conveyor to a hopper where it is then funneled into the seed treater, where it is coated with treatment before going out to farmers.

After being treated, the seeds must be planted or destroyed. Seed companies won’t take the seed back if it is not used. Blair Wegner also mentioned there is a shelf life on the seed treatments, such as a limit before the inoculants stop working.

Britt Wegner stressed that the treatments are all approved by the EPA, FDA and USDA. He also explained that seed dealers must have licenses and be certified by the Minnesota Department of Agriculture as well as continue their education as the industry develops.