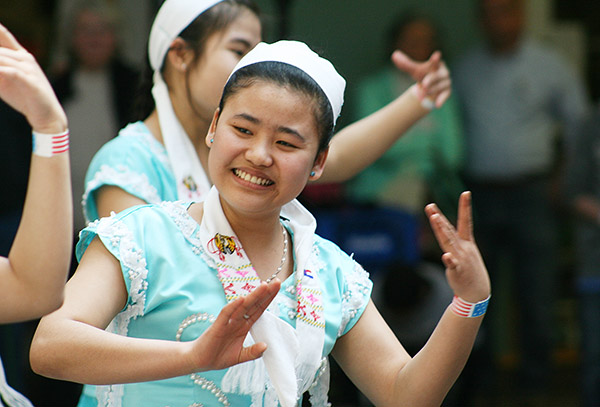 A Karen dancer from St. Paul performs in the center court of Northbridge Mall on April 5, 2014, as part of the fifth-annual Taste of Heritage. – Sarah Stultz/Albert Lea Tribune

Although Albert Lea is a diverse city with many cultures within it, one festival aims at bringing everyone together to create one community.

The sixth annual A Taste of Heritage festival will return to Albert Lea this weekend.

Chang Ruach, a member of the South Sudanese community and a success coach at Sibley Elementary School, has been participating in A Taste of Heritage for a few years now.

The festival has displays from different countries, Ruach said. The people at the displays may be wearing cultural dress, and the displays could highlight what people do in that country for jobs, how they live their lives and what they eat, among others. There has also been music and cultural dance performed in the past.

The nationalities that are represented at A Taste of Heritage are spread all across the globe. There are South Sudanese, Mexicans, Norwegians, Karen, Danes, Germans, Ukrainians, Russians, Lao and Vietnamese, among others, Ruach said.

“Any culture that we have here in Albert Lea,” Ruach said. “We always want to make sure they come out and show us what they do.”

In previous years, Ruach said the festival has gone really well. He also notes that the festival is very important to the community.

“It helps us become more open minded about other cultures,” Ruach said. “We don’t see it as a big threat anymore to be different or to have a different culture.”

Ruach said the festival celebrates different cultures, and the community members who visit reflect that. The whole community usually comes out to see the event, he said, and the people who visit have been very receptive, and he hopes the festival can continue to grow in the future.

“It helps us integrate and be ourselves as one community,” Ruach said. “We come out there and basically say we have all these various cultures, but we are still one community.”

Ruach said anyone interested in becoming an exhibitor or participating in the program can still sign up. Call Susie Petersen at the Albert Lea Convention & Visitor’s Bureau at 507-373-2316 for more information.

What: A Taste of Heritage 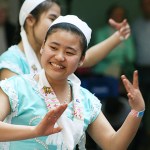 A Karen dancer from St. Paul performs in the center court of Northbridge Mall on April 5, 2014, as part of the fifth-annual Taste of Heritage. – Sarah Stultz/Albert Lea Tribune 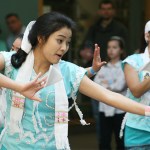 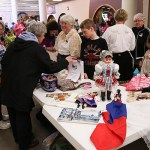 Visitors to A Taste of Heritage look at a Czech display with traditional objects and dress. -Provided 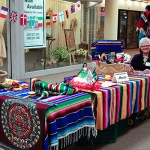 Countries from all across the world are represented at A Taste of Heritage, including Mexico, Norway, South Sudan and Russia. -Provided