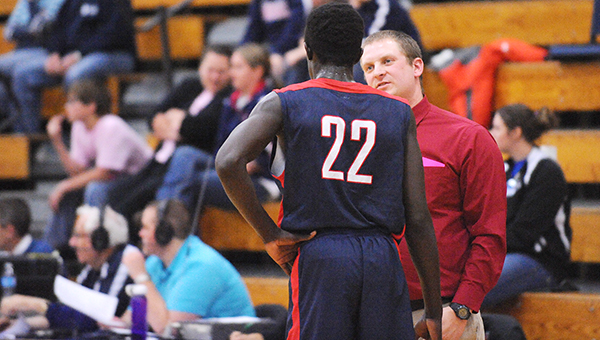 Kreuscher steps down after tough season on court

Kreuscher inherited a program that was 1-26 and led the Tigers to four consecutive seasons with an increasing win total. However, after going 12-14 in 2012-13, the team’s win total slipped to six, and this year the Tigers were 0-27.

A meeting Friday with Kreuscher and undisclosed school officials at Albert Lea High School led to Kreuscher’s resignation on Monday, he said.

“The school felt it would be in my best interest to resign,” Kreuscher said. “It hasn’t quite sunk in yet.”

Highlights of Kreuscher’s six-year tenure included an 82-68 upset win at Kasson-Mantorville in the Section 1AAA quarterfinals on March 7, 2012, after the Tigers lost 82-71 against the KoMets a month earlier.

“From the opening tip, we had control, and the reaction of the guys on the court and in the locker room was unbelievable,” Kreuscher said.

Another highlight was in Kreuscher’s first season at the helm. On Jan. 22, 2010, Albert Lea lost 72-31 at Rochester Century but took revenge with a 54-52 win over the Panthers more than a month later in the Tigers’ regular-season home finale.

Although the Tigers were winless this season, Kreuscher said he will remember how hard his team played in both games against Owatonna and a 74-72 loss against Mankato East, a team that took fourth place at the Class AAA state tournament.

Kreuscher said the game is about more than wins and losses.

“We end up coaching to make a difference in kids’ lives, and we value teaching them ways to be successful on and off the court,” he said. “It’s about building relationships.”

Without the responsibilities of coaching, Kreuscher said he plans to focus on spending time with family and friends and working at the business he owns, Greens Keepers Lawn Care. Kreuscher was unsure of a timetable for his return to the sideline of a high school basketball court.

“I just want to thank all of the former and current players,” he said. “They’ve always felt a connection to the program, and that’s something I’ve always been proud of.”