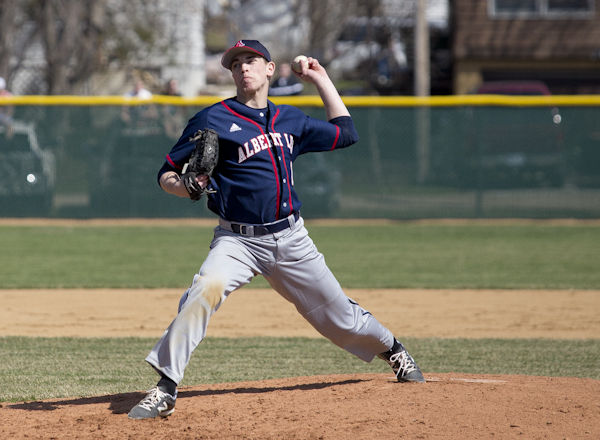 That was one of Albert Lea baseball coach Joe Sczublewski’s first comments following his team’s win Saturday against Faribault at Hayek Field.

Albert Lea won with four runs on six hits with one error. Faribault brought in three runs on four hits and also had one error.

The game was both the Tigers’ season and home opener, as weather and field conditions postponed last week’s games against Rochester Century and Red Wing.

Albert Lea was the first to score with one run in the second inning, which was followed by two more in the fourth and one in the sixth.

Faribault countered with one run in the fifth inning and then attempted to rally with two additional runs in the sixth.

Albert Lea sophomore third baseman Alex Bledsoe was two for three with three RBIs, one of which was the game-winning run. In the sixth inning Bledsoe batted in junior pitcher Jacob Kilby, who had walked before moving to second and rounding to third on a bunt by senior Chris Enderson.

Kilby was two for two with one run scored and a stolen base, and also started on the mound for the Tigers. He pitched five innings, giving up two runs with two hits, six walks and five strikeouts.

“He tired a bit in the sixth,” said Sczublewski. “But for his first time out his pitching was outstanding.”

Senior Tristin Muilenburg then came in in the sixth inning and ended up being the winning pitcher. He pitched one inning, gave up one run on two hits and hit one batter with a pitch.

Enderson picked up a save after pitching the seventh inning, not allowing any hits or runs, with one walk and two strikeouts.

Sczublewski said he was very pleased with his team’s defense and pitching, and hopes to see more aggressive batting in games to come.

According to Sczublewski, a standout on defense was junior shortstop Jake Thompson. Thompson made a number of spectacular catches, he said. One of them doubled off a runner at second to take away a threat, while another later in the game silenced a Faribault rally when Thompson made a diving catch with bases loaded.

“We showed a lot of composure out there in tough situations,” said Sczublewski. “This is special to come out and battle a good Faribault team and get a win.”

Faribault came into Saturday’s game with a 2-0 record after playing tight games, said Sczublewski, one of them being a 1-0 win over Austin on Friday.

“They’ve had some playing time in tough games so that’s a good win for us,” he said. “To do it at home was fun for our opener.”

Next, Albert Lea will play at 5 p.m. today at Rochester Century to make up for last week’s postponement, and will host Mankato West at 5 p.m. Tuesday. 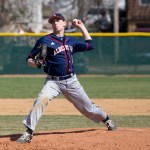 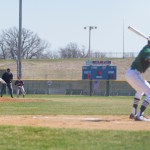 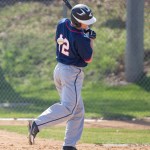 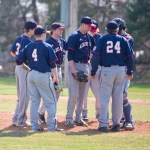 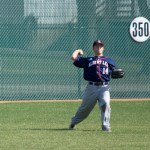 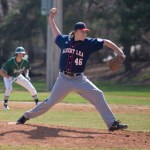 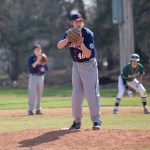 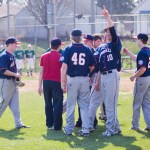