Memorial services for Ardith Laurice Nelson, 90, of Albert Lea will be at 2 p.m. Saturday at the Kingdom Hall of Jehovah’s Witnesses in Albert Lea. The Rev. Bob Hartfield will officiate. Visitation will be one hour prior to the service. Bayview/Freeborn Funeral Home is assisting the family. Online condolences are welcome at www.bayviewfuneral.com. 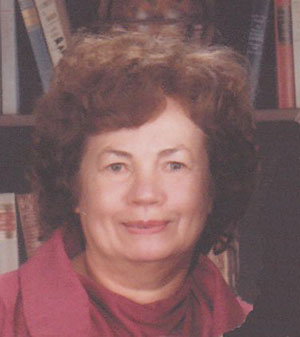 Ardith Laurice Nelson was born in Shellrock Township on July 11, 1924, the daughter of Elmer and Louise A. (Odden) Hillman. She was a life-long resident of Freeborn County.

On June 3, 1944, Ardith was united in marriage to Robert E. Nelson. The couple farmed together, moving into their own farm in 1951. Ardith worked for Land-O-Lakes and Wilson & Co. in addition to being a farm wife and homemaker. She was a member of the Albert Lea Congregation of Jehovah’s Witnesses.

Her hobbies included cutting out recipes and other helpful hints, collecting cookbooks, playing solitaire, planting flowers and baking. She volunteered for the ministry of Jehovah’s Witnesses. Her favorite pastimes were studying the Bible and sharing its message with others, spending time with her family and friends, going on family trips and taking rides through her childhood neighborhoods. Blessed be her memory.

Survivors include her son, Lowell, and his wife, Ilonka Nelson, of Albert Lea; daughters Nora, Nona and Renae Nelson, all of Albert Lea; grandchildren Shannon and wife, Melissa Nelson, and Gloryana Nelson-Shimek and husband, Andrew Shimek; great-grandsons Parker and Drew Nelson; brother-in-law, Harold Nelson; and many nieces and nephews.