Funeral services for Arthur (Bud) Jordahl, Jr. will be at 1 p.m. Saturday at Zumbro Lutheran Church in Rochester with the Rev. Vern Christopherson officiating. Burial will take place in Our Savior’s Lutheran Cemetery in Spring Valley. Visitation will be from 11 a.m. to 1 p.m. Saturday at the church. Hindt Funeral Home of Spring Valley is in charge of the arrangements. 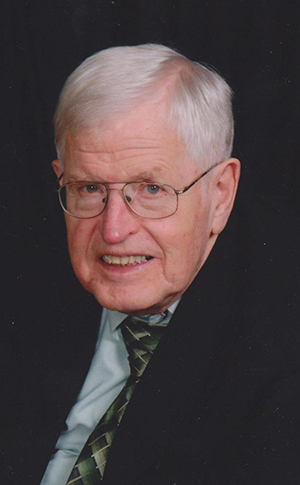 Arthur (Bud) Jordahl Jr., 80 years, 9 months, of Rochester passed away the evening of Tuesday, April 14, 2015, at Madonna Towers in Rochester.

Art, the youngest of 10 siblings, was born July 14, 1934, to Arthur P. and Palma C. (Mortenson) Jordahl Sr. He was born in the family’s home on his great-grandfather’s homestead in Manchester Township. Art was baptized and confirmed at Manchester Lutheran Church. He attended Freeborn School in Freeborn through 10th grade. He finished high school at Bethany Lutheran High School and earned an associate’s degree from Bethany Lutheran College in Mankato.

At the age of 20, Art joined the United States Army and served from 1954 until 1956. He earned degrees with majors in science and industrial arts from the University of Minnesota. He taught high school physical science, earth science, chemistry and physics for 32 years in DeSoto, Wisconsin, and Holton, Michigan, before retiring from Byron after teaching there for 27 years. Even though he was retired, he taught everyone who knew him how to live each day to the fullest by his example dealing with everyday challenges of MS.

Art is survived by his wife, Darlene; sisters Eunice Twiss of Montgomery, Alabama, Dorothy (Bob Cobb) Schmidt of Moorhead and LaVonne (Dan) Johnson of Cedar Rapids, Iowa; brother, Donald (Phyllis) Jordahl, of Hartland; and many nieces and nephews and their families.

Condolences may be left online at www.hindtfuneralhomes.com.