As Clinton begins campaign, her super PAC plans to fold

ARLINGTON, Virginia — When Hillary Rodham Clinton announces her presidential campaign, as expected, more than a dozen people in a nondescript office building overlooking the Potomac River will blast out the news by email and social media to millions of her supporters, urging them to sign onto her campaign. 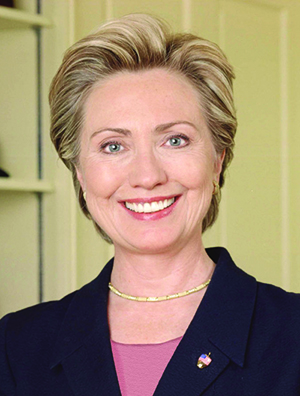 And then the super PAC will begin winding down its operations — just as the Democrat opens her White House campaign.

Clinton’s new beginning will mark the end of Ready for Hillary, which launched two years ago to lay the groundwork for a Clinton campaign, organized her sprawling network of supporters and promoted the former secretary of state on campuses, at small gatherings and Democratic rallies. It will leave behind a data-rich list of volunteers and financial supporters to be tapped for her campaign.

When Clinton made appearances last year during her book tour, a Winnebago RV driven by Ready for Hillary staffers was never far behind. “They stirred up a whole lot of interest,” Don Fowler, a South Carolina-based former chairman of the Democratic National Committee, said of the super PAC.

But the group had plenty of doubters at first.

Some allies of Bill and Hillary Clinton worried it was creating an unhelpful dose of inevitability and a premature focus on the next presidential campaign. Many of those concerns are long gone.

Harold Ickes, a former deputy White House chief of staff under Bill Clinton, was dubious when approached by two of the group’s leaders — Allida Black, a George Washington University professor, and Adam Parkhomenko, who worked on Hillary Clinton’s first presidential campaign and became the group’s executive director. But now Ickes points to the super PAC’s compilation of 3.8 million supporters and donations from more than 130,000 people, many giving symbolic contributions of $20.16.

The lists of supporters are expected to be transferred to or rented by Clinton’s campaign, providing an up-to-date roadmap of volunteers, donors and advocates who will be called upon in the months ahead.

“This is an asset that they would not have had without Ready for Hillary,” Ickes said.

The group also plans to post its list of top donors on the Internet, making it available to Clinton’s campaign and Democrats running in 2016.

Clinton is expected to announce her presidential campaign within the next two weeks, focusing on intimate events rather than large rallies. The super PAC has long said it would disband quickly to avoid competing with the official campaign. The group is trying to build until the very end, however, with three April events that will be canceled if Clinton announces her campaign first.

Many Ready for Hillary people are expected to join the Clinton campaign. Parkhomenko has been tapped to become director of grassroots engagement and a half dozen others will soon transition to the campaign, followed by more, officials said.

Ready for Hillary got likeminded people ready for her in a variety of ways.

The effort offered a glide path for lawmakers who had sided with Barack Obama in the 2008 campaign, at times to the irritation of rival Clinton’s team. Obama backers such as Sens. Claire McCaskill of Missouri and Tim Kaine of Virginia endorsed Ready for Hillary, joining 75 Democrats in the House and about 20 in the Senate.

The group’s RV covered 45,000 miles in 48 states and — along with the group’s social media presence — will be donated to EMILY’s List, a Democratic group backing female candidates who support abortion rights.

In all, Ready for Hillary has logged more than 1,300 events. In the fall, the group descended on an Indianola, Iowa, field to welcome the Clintons to retiring Sen. Tom Harkin’s annual steak fry fundraiser. Bill Clinton called them “Energizer bunnies. They’re just everywhere.”

Billionaire Warren Buffett sent $25,000 and a letter reiterating his support for an eventual Clinton campaign.

Friends said Clinton was struck by the devotion of Ready for Hillary activists, who often wore stickers at her book signings and filled auditoriums when she campaigned on behalf of Democratic candidates last year.

If Clinton ever had doubts about running, Ready for Hillary may have helped allay those concerns.

“She would see hundreds and hundreds of supporters — I think that’s the charm of it,” said former Rep. Ellen Tauscher, D-Calif., a Clinton friend and Ready for Hillary adviser. “It brings a smile to her face.”