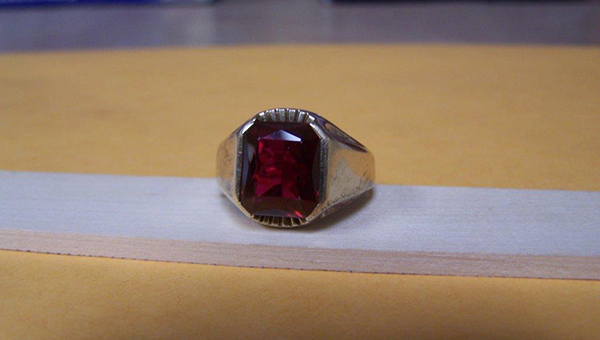 This 10-carat gold ring with a large red stone was found with the remains off of Interstate 90 in Freeborn County Monday evening. — Photo courtesy Freeborn County Sheriff’s Office

Authorities released a photo Wednesday evening of a 10-carat gold ring found earlier this week with human skeletal remains off of Interstate 90 in Freeborn County.

The Freeborn County Sheriff’s Office released the photo in hopes someone may recognize it and contact authorities.The ring has a large red stone and is shaped like a class ring.

The remains and ring were found Monday evening near a fence along the south side of eastbound Interstate 90, about a half mile east of Minnesota Highway 13. They were about 50 feet from the road. A property owner had gone out to remove garbage near the interstate fence when he saw what appeared to be a human skull and called the Sheriff’s Office.

Freeborn County Sheriff Kurt Freitag said the first phase of an autopsy has been conducted on the remains, but the cause of death is not yet determined. A second, more detailed, phase will be completed soon. 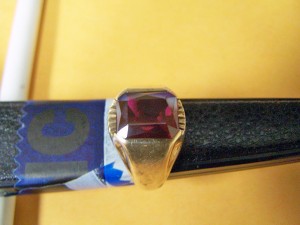 Freitag said a pair of shoes made by the Mario De Gerard company were also found at the scene but were in poor condition.

Authorities believe the skeletal remains had been there for a number of years and are that of a male.

The sheriff previously stated the death is considered suspicious in nature because of its proximity to the interstate and the SuperAmerica gas station off of Highway 13. Freitag questioned why a man would not have sought help at the gas station about a half a mile away if he was lost or cold.