Skeletal remains found along I-90 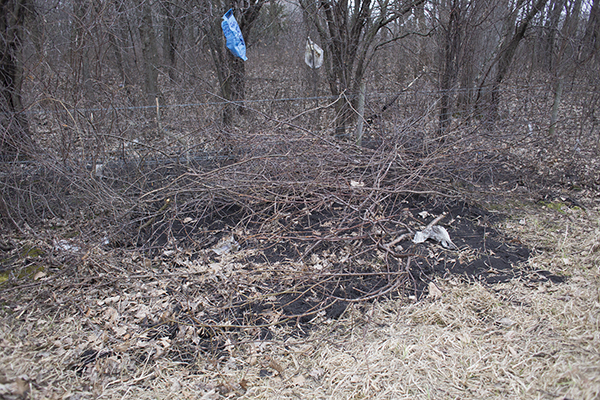 A property owner discovered skeletal remains at the edge of his land Monday evening along Interstate 90. – Colleen Harrison/Albert Lea Tribune

Sheriff: Body had been in area for at least a couple of years

Local and state authorities are investigating after a property owner discovered human skeletal remains at the edge of his land Monday evening along Interstate 90.

A preliminary assessment indicates the remains are believed to be those of a male, according to Freeborn County Sheriff Kurt Freitag. They appear to have been there for at least a couple of years.

The remains were found near a fence along the south side of eastbound Interstate 90, about a half mile east of Minnesota Highway 13. They were about 50 feet from the road.

Freitag said the property owner went out to remove garbage near the interstate fence Monday evening when he saw what appeared to be a human skull. He called 911.

Local authorities responded, and the Bureau of Criminal Apprehension’s crime team was called in to assist. They arrived in the area Tuesday morning.

Freitag said authorities discovered shoes, deteriorated clothing and a ring along with the remains.

The remains were found tight up against the fence sunken in the dirt, and it did not appear that anyone had taken steps to conceal the body.

The sheriff said the death is considered suspicious in nature because of its proximity to the interstate and the SuperAmerica gas station off of Highway 13. He said if a man was lost or cold, he questioned why he would not have sought help at the gas station about a half mile away.

Freitag said there are no known missing people in Freeborn County who can be connected with the investigation, but he encouraged anyone with any missing family members to contact the BCA. People can provide a DNA sample that can be compared with an extracted DNA sample from the found remains.

He also emphasized that there is no immediate threat to the public as the body appeared to have been in the area for a number of years.

The remains will be taken to the Ramsey County Medical Examiner’s Office to determine a possible cause of death.

More information will be released once the preliminary autopsy is completed.

It is unclear how long that will take. 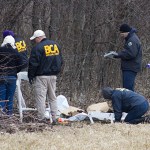 Agents with the Bureau of Criminal Apprehension search alongside Interstate 90 about a mile east of Minnesota Highway 13 Tuesday morning. — Sarah Stultz/Albert Lea Tribune 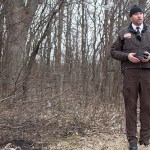 Freitag addresses the media after moving a press conference to the same area in which human skeletal remains were found off of I-90. – Colleen Harrison/Albert Lea Tribune 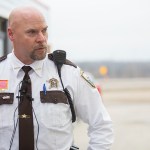 Freeborn County Sheriff Kurt Freitag addresses the media during a press release Tuesday at a gas station next to Interstate 90. Local and state authorities are investigating after a property owner discovered skeletal remains at the edge of his land Monday evening along the interstate. – Colleen Harrison/Albert Lea Tribune 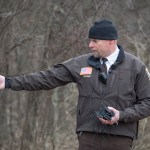 Sheriff Kurt Freitag points to an area off of I-90 where human skeletal remains were found. – Colleen Harrison/Albert Lea Tribune