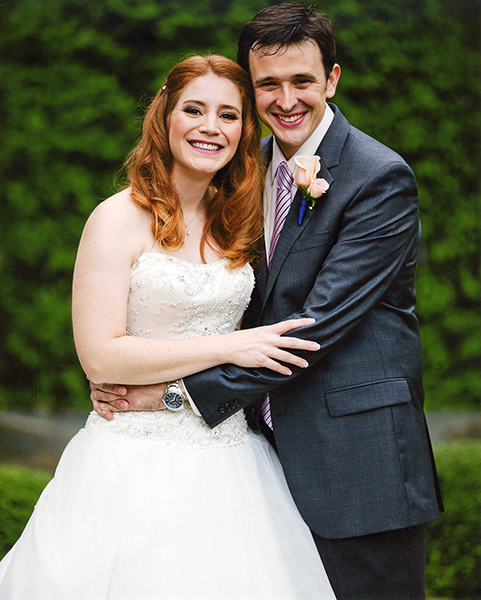 Kennie Berg and John Petersen were united in marriage on Nov. 22, 2014, at Castle Avalon in New Braunfels, Texas.

Kennie is the daughter of Kenneth and Marilyn Berg of Shreveport, Louisiana.

Jon is the son of Gar and Cheri Petersen of Albert Lea.

The ceremony was officiated by Brett Bogenschutz, friend of the groom. Bridal courier was Lily Petersen and scripture readings were provided by Quinn Petersen, both nieces of the groom.

Emily Rampmaier served as matron of honor along with Kristen Olson serving as bridesmaid. Both are friends of the bride.

Mike Petersen and Scott Petersen, brothers of the groom, served as co-best men. Ring bearer was Kristoffer Berg, nephew of the bride.

Friends of the groom, Mike Ricci and Aly Megahed, served as ushers.

The bride is a graduate of the University of North Dakota with a degree in atmospheric science. She will be teaching math at St. Elizabeth High School in Oakland, California, starting in the fall.

The groom graduated from the University of Minnesota with an economics degree and from Georgia Tech with a degree in operations research. He is employed by Uber in San Francisco.

After a wedding trip to Australia this summer, Jon and Kennie will reside in Walnut Creek, California.