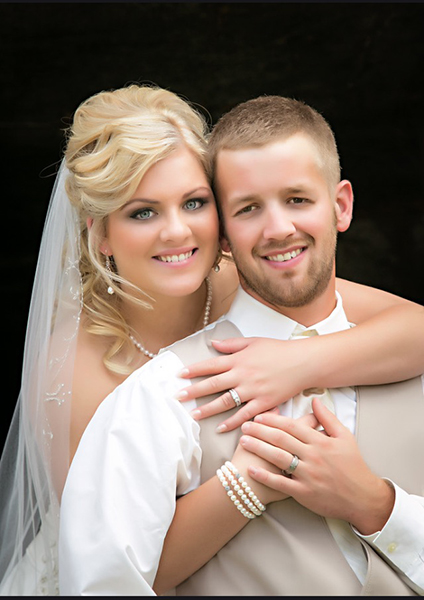 Marlee Butler of Northwood, Iowa, and Zach Nelson of Gordonsville were married at 4 p.m. Sept. 27, 2014, at First Lutheran Church in Northwood. The Rev. Judy Converse officiated the double ring ceremony. A reception followed at 7 p.m. at Grafton Community Center in Grafton, Iowa.

The groom is the son of Dave and Sandy Nelson of Gordonsville and the grandson of Larry and Janice Lestrud of Albert Lea and Denny and Donna Nelson of Glenville.

The bride is a graduate of Northwood Kensett High School and is currently employed at Worth County Public Health.

The groom graduated from Glenville-Emmons High School and Minnesota West Technical College. He is employed at Highline Construction.

Flower girl was Sophia Butler of Northwood, daughter of Steve and Teresa Butler, cousin of the bride.

Ring bearer was Parker Sutton of Waverly, son of Wes and Kayla Sutton, cousin of the bride.

Personal attendants were Kate Hartman, friend of the bride, and Jessi Nelson, cousin of the groom.