Funeral services for Carl F. Sparke, 81, of Albert Lea will be at 10:30 a.m. Saturday at Bayview/Freeborn Funeral Home. The Rev. Kent Otterman will officiate. Interment will be in Hillcrest Cemetery with military honors accorded by members of the VFW and American Legion honor guard. Visitation will be from 5 to 7 p.m. Friday at the funeral home and one hour prior to the service on Saturday. Online condolences are welcome at www.bayviewfuneral.com. 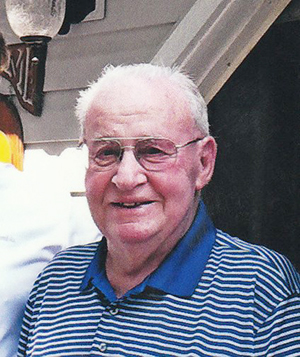 Carl F. Sparke was born on July 7, 1933, in Le Sueur, the son of Fritz A. and Myrtle V. (Bosacker) Sparke. He grew up in Le Center and graduated from Le Center High School in 1951. Carl served in the U.S. Army from 1953-55 during the Korean conflict. Following his discharge from the service he attended business school.

On Jan. 4, 1958, Carl was united in marriage to Dorothy J. Brenden in Duluth. They lived in Virginia, Duluth and then Faribault before finally moving to Albert Lea. Carl worked in finance for GMAC. In Albert Lea Carl was the owner/operator of Countryside Inn Motel, retiring in 1990. He enjoyed golf, playing cards, spending time with family and friends, coffee time and watching sports.

Carl was preceded in death by his parents; his brother-in-law, Robert Glende; and his niece, Cindy Glende.

In lieu of flowers memorials are preferred to Mayo Clinic Health System Hospice or the American Heart Association.