ST. PAUL — The Minnesota House and Senate went their separate ways Wednesday with expansive bills covering economic development, energy regulation and broadband Internet access programs, offering a glimpse of the gulf they’ll have to bridge on those items and the broader budget over the final weeks of the session.

The GOP-led House on a 73-56 vote and Democratic-controlled Senate by a 37-22 vote passed respective job program and energy bills. The Senate’s 214-page plan covered the most ground, including natural resources and agriculture initiatives that the House has in a separate bill. Generally, the Senate’s plan would approve more state spending. 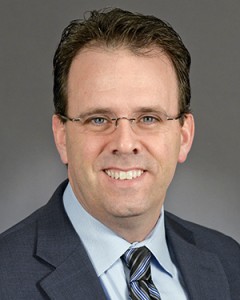 But the House plan is most notable because it would rewrite energy conservation and renewable energy laws, such as including hydropower as a recognized form of clean power. It would repeal a 20-year-old moratorium on construction of a new nuclear power plant and would ease some of the state’s solar power standards on the premise they’re too costly.

“We thought that if we could spend less money and reduce pollution, that would be a better way of doing things,” Garofalo said, adding that the nuclear-power measure wouldn’t necessarily lead to a large-scale plant.

Democrats cringed at the changes, saying it would turn the clock back decades on state energy policy. On nuclear power, they pointed out that Minnesota is still stuck with casks of radioactive waste that it once thought would be sent to a nuclear repository in Nevada.

Rep. Tim Mahoney, DFL-St. Paul, said the energy aspects were just some objections he had, some others being drawdowns in workforce training accounts and restaurant exceptions to Minnesota’s minimum wage law.

“There are at least 40 to 50 clunkers in here that, if the governor asks me, they are reasons to veto the bill, flat out,” Mahoney said.

Any bill will be merged with the Senate companion before Gov. Mark Dayton sees it. 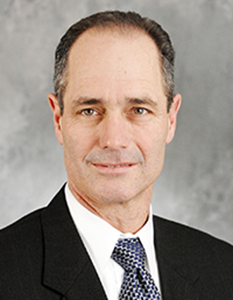 The Senate’s bill contains smaller changes to state power laws, although an amendment added could lead to more favorable rates for large-scale utilities such as paper mills, mining plants and other energy-intensive facilities.

The bill is chock-full of local grants — $100,000 annually toward a northern Minnesota music festival — that the House bill doesn’t contain. Senate Republicans tried unsuccessfully to divert $10 million for the Minnesota Film and TV Board to wastewater plants or a broadband Internet build-out.

“This is pretty clear it’s a need,” GOP Sen. Julianne Ortman said of Internet access. “For the film board and the TV board, that’s a want. Let’s fund the needs first and get to the wants later.”

The House bill puts $10 million toward the effort to get high-speed broadband further into rural Minnesota; the Senate plan sets aside $17 million. Dayton asked for $30 million.

Dan Dorman, executive director of the Greater Minnesota Partnership, said he is hoping once the bills go to conference committee, the final number will be somewhere above $20 million.

Both bills would boost spending on housing in greater Minnesota cities where employers are having trouble finding qualified workers.

And each measure now contains guarantees that hundreds of Iron Range taconite workers are eligible for unemployment benefits when several plants are idled in coming months. The clause covers iron ore workers in Itasca, St. Louis and Lake counties who could be laid off between March 1 and December 31 of this year as U.S. producers slow production to deal with a glut of steel on the market.