Funeral services for the Rev. David G. Hernes, 78, of Albert Lea will be at 11 a.m. Monday at Grace Lutheran Church. The Rev. Matt Griggs will officiate. Interment will be in Kvindherred in Calamus, Iowa, at a later date. Visitation will be from 3 to 7 p.m. Sunday at Bayview/Freeborn Funeral Home and one hour prior to the service at the church on Monday. Online condolences are welcome at www.bayviewfuneral.com. 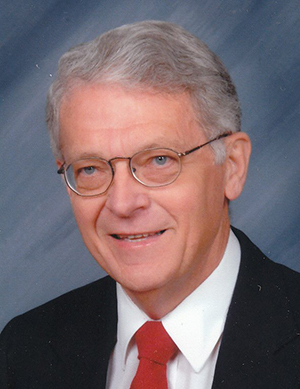 David Gene Hernes, son of Alfred and Gladys (Kloster) Hernes, was born on Oct. 6, 1936, in Naples, South Dakota. He was brought to the Lord Jesus as an infant by his parents. As a young man he accepted and claimed that relationship as the foundation for his life. He was deeply grateful for the Christian faith and the example of his parents.

In 1945 the family moved to Canton, South Dakota, where David grew up. His high school education was at Augustana Academy in Canton. After high school David graduated from the Lutheran Bible Institute in Minneapolis in 1956, Augustana College in Sioux Falls, South Dakota, in 1960 and Luther Seminary in St. Paul in 1964.

On Sept. 5, 1964, David was united in marriage to Arla Mae Olson in Calamus. Together they served the parishes of Sinai and Lake Campbell Lutheran Churches in Sinai and Volga, South Dakota, from 1964 to 1970; Gloria Dei Lutheran Church in Redwood Falls from 1971 to 1977; and Glenville First Lutheran in Glenville from 1977 to 1996. After leaving Glenville David served as a chaplain for Mayo Clinic health System in Rochester for one year, served nine months as a missionary English teacher in Namibia, Africa, and three months as an English teacher for a medical mission in Bangladesh. In 1999 he began serving East Freeborn Lutheran Church of rural Albert Lea and served there until his retirement from parish ministry. He had been an active member of the Salvation Army Corps Council and Men’s Club president from 2007 to the present. A meaningful part of his ministry was his service as a part-time chaplain at Fountain Centers in Albert Lea. He also found satisfaction in his involvement in Charis, a ministry to prisons in Minnesota.

David was deeply grateful for his parents, his brothers and their families, and his children for their love, encouragement and support. He was grateful for Arla Mae, for her loving and self-giving partnership in their life and work. He was grateful for the support and goodwill that he enjoyed in the parishes and communities where he lived and worked. He was also grateful to his heavenly father and his savior, Jesus the Christ.

In lieu of flowers memorials are preferred to one of Dave’s favorite organizations: the ARC of Freeborn County, the American Cancer Society, Mayo Clinic Health System Hospice or to the donor’s choice.