Funeral services for Dolores L. Benbow of Albert Lea will be at 2 p.m. Friday at Grace Lutheran Church in Albert Lea. The Revs. Janet White and John Holt will officiate. Visitation will be from 4 to 7 p.m. today at Bonnerup Funeral Service and one hour prior to the service at the church. Interment will be in Lakewood Cemetery. 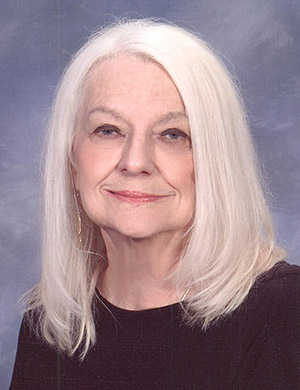 Dolores was born July 5, 1933, in Albert Lea, the daughter of Mervin and Blanche (Stensrude) Wogen. She graduated from Albert Lea High School and attended Lea College. She was united in marriage to Philip Benbow, who preceded her in death. Dolores was a member of Grace Lutheran Church and had been employed as relocation director for the Housing Authority in Albert Lea and Austin for many years.

In her free time Dolores enjoyed singing and sewing, but the love of her life was time spent with her grandchildren.

She was preceded in death by her parents; husband, Philip; brothers Roger and Kendall Wogen; and nephew, Steven Wogen.

Dolores had a love for life and always put everyone else first in her life.