Editorial: Twins have time to right the ship 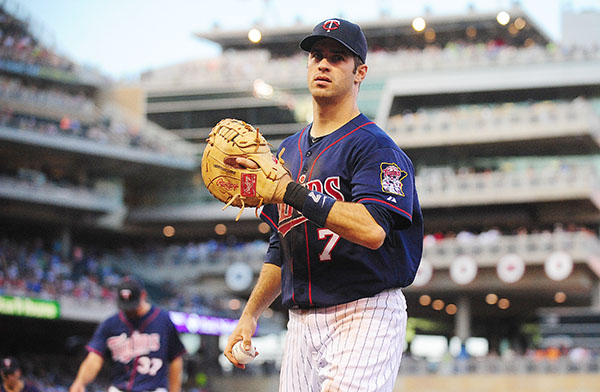 The Minnesota Twins are in the basement.

Even before the team’s No. 2 starter tested positive for stanozolol, the Twins were picked to finish last in the American League Central division according to Sports Illustrated’s scouting reports.

Despite being chosen as one of only four teams in Major League Baseball to finish with fewer than 70 wins, that makes us like the Twins even more.

As an underdog, the narrative is more compelling.

Use the Cleveland Indians as an example. The Indians are picked to win the AL Central, the AL Division Series, the AL Championship Series and the World Series.

If the Indians sneak into the postseason as a wild card, it’s a letdown. On the other hand, if the Twins get a wild-card berth, Minnesotans will start dancing uncontrollably. Pandemonium will ensue.

The Twins started the season 0-3 and were outscored 22-1. The team has since moved to 1-7. It’s a rough start, no doubt, but it was expected.

What wasn’t expected was the Royals — picked to finish fourth in the five-team division — to start 7-0 with all of their wins by two runs or more. Another surprise is Cleveland but on the other side of the spectrum. The Indians are 2-5 after getting swept by Detroit Tigers and losing to the Chicago White Sox.

Without high expectations in Minnesota, first-year skipper Paul Molitor and aging Torii Hunter won’t be expected to bring the Twins their first AL Central crown since 2010. However, if they can lead the way, their fan base will be ecstatic.

Spring training started on May 4, and the regular season ends Oct. 4. Minnesota has plenty of time to right the ship. With 162 games, baseball season is a marathon, not a sprint.