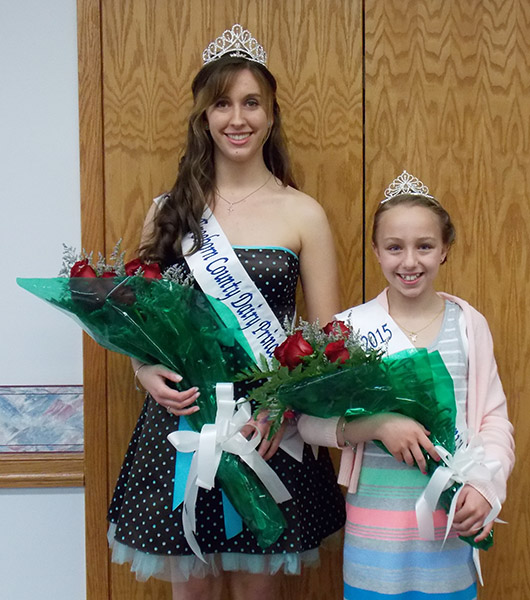 The Freeborn County Dairy Association crowned its dairy royalty on Saturday during its annual banquet.

Presley Johnson, the daughter of David and Kristine Johnson, will serve a second term as Freeborn County Dairy Princess for 2015.

Johnson grew up on a small farm with dairy cattle and other animals. She is a member of the Hartland 4-H Club and is working on her Associate of Arts degree from Riverland Community College.

Makenna Jacobs, the daughter of Matt and Bobbie Jo Jacobs, will serve a third term as the Freeborn County Dairy Milk Maid.

Jacobs lives with her parents and two brothers on the family’s dairy farm in Conger. She is in sixth grade at Alden-Conger School.

She enjoys playing basketball and volleyball, and is in the Conger 4-H Club.

Both Johnson and Jacobs have participated in parades, completed interviews, promoted dairy during the month of June and have served ice cream at the ADA ice cream stand at the Freeborn County Fair, among other duties.