Gary Richard Tavis, 56, of Grand Rapids passed away suddenly on Wednesday, April 22, 2015, in Grand Itasca Hospital after battling esophageal cancer. Two memorial services were scheduled. The first was at 10:30 a.m. April 25 at Our Redeemer Lutheran Church in Cohasset, with a visitation one hour prior to the service. The Rev. Bill Zeige officiated. A second memorial service will be at 2 p.m. Saturday at Trinity Lutheran Church in Albert Lea. Visitation will be from 12:30 to 2 p.m. at the church. 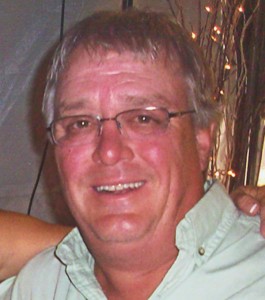 Gary was born Oct. 8, 1958, in Albert Lea, the son of Richard and Phyllis Tavis. Gary was baptized and confirmed at Trinity Lutheran Church in Albert Lea. He attended Albert Lea High School, graduating with the class of 1977. Following high school he attended college at Mankato State University, earning a bachelor’s degree in accounting, and was later certified as a public accountant. He was employed as Chief Financial Officer and controller for Jerry Hammann Transportation for over 11 years, and then started his business as co-owner and Certified Public Accountant for CT Transportation where he worked for 12 years. He was also a member of Our Redeemer Lutheran Church in Cohasset. When he wasn’t working or doing taxes, he enjoyed spending his time outdoors hunting or fishing with family and friends and his daily work out at the YMCA. He recently spent a weekend fishing with family and friends including wife, Joy, and son, Austun, on the Rainy River, where he caught the largest walleye after celebrating his last day of radiation. Gary also enjoyed golf, hockey and water skiing growing up. He will always be remembered for his willingness to help others, his good-hearted nature, his hearty voice and numerous nicknames like Cacti and G-Man. He was honored the most to be called husband, dad and Papa Gary.

He was united in marriage on Aug. 11, 1979, to Joy Domes at Zion Lutheran Church in Albert Lea. They enjoyed spending time with family and friends, fishing, golfing, having bonfires by the lake shore and taking a boat cruise on Pokegama Lake in his Sea Ray with their dog, Nellie.

He was preceded in death by his grandparents.