A funeral service for Gloria M. Walk of Albert Lea will be at 11 a.m. Monday at First Lutheran Church in Albert Lea. The Rev. Al Stoa will officiate. Visitation will be from 4 to 7 p.m. Sunday at Bonnerup Funeral Service and one hour prior to the service at the church. Interment will be in the Fairview Cemetery in Kiester. 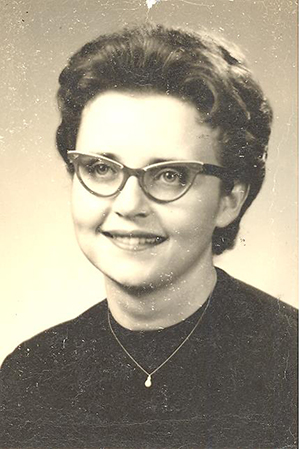 Gloria passed away peacefully on Tuesday, April 7, 2015, at St John’s Lutheran Community in Albert Lea surrounded by her family. She was 78.

Gloria Mae Walk was born on a farm west of Emmons on June 15, 1936, the daughter of LeRoy and Ida (Skjervheim) Schroader. She moved to Kiester when she was five and graduated from Kiester High School in 1954. She then moved to Albert Lea and worked in the office at Wilson & Co. Later she worked for a printing company as well as Human Services of Freeborn County.

She married Gary Walk Sept. 15, 1963, in the chapel at First Lutheran Church in Albert Lea. She had been a member of First Lutheran Church for over 50 years where she served as a member of the altar guild, worship offering committee, Circle 20 and Caring and Sharing. She especially enjoyed spending time with family, friends, her grandchildren and her great-granddaughter.