Funeral services for Juel Gary Kopperud, 79, will be held 2 p.m. Tuesday at Cross of Glory Lutheran Church in Hartland. The Rev. Mark Hillmer will officiate. Interment will be at the Hartland Cemetery. Military honors will be accorded by local servicemen’s organizations, VFW and American Legion. Visitation will be from 5 to 7 p.m. Monday at Bayview/Freeborn Funeral Home and one hour prior to the service at the church. Online condolences are welcome at www.bayviewfuneral.com. 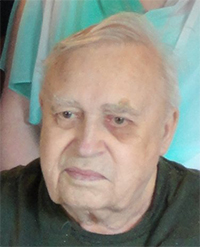 Juel Gary Kopperud was born Feb. 16, 1936, in Albert Lea to Juel and Irene (Lewis) Kopperud. He was raised in Hartland and graduated from New Richland High School in 1954. After graduation Juel served his country in the United States Army where he was a helicopter crew chief. He then worked as a ditch digger for Tukua drainage. On Oct. 24, 1964, Juel was united in marriage to Marvyl Baldwin at West Freeborn Lutheran Church. Juel furthered his education at Mankato State College and earned a bachelor’s degree in teaching. He taught at Arlington Green Isle for nine years. Juel and Marvyl then made their home in Hartland. He worked for Brown Printing in facilities maintenance. Juel was a lifelong member of Cross of Glory. He enjoyed golfing, fishing, playing card and telling jokes. Most of all he enjoyed time spent with his family, especially his grandchildren.

Juel was preceded in death by his parents; his brother-in-law, Walter Johnson; niece, Cheryl Gauss; a nephew in infancy and a great-nephew, John Hellie.