Funeral services for Karen Renae Woodford, 49, of Albert Lea will be at 10:30 a.m. Monday at Bayview/Freeborn Funeral Home. The Rev. Milt Ost will officiate. Interment will be in Lakewood Cemetery. Visitation will be from 4 to 6 p.m. Sunday at the funeral home and one hour prior to the service on Monday. Online condolences are welcome at www.bayviewfuneral.com. 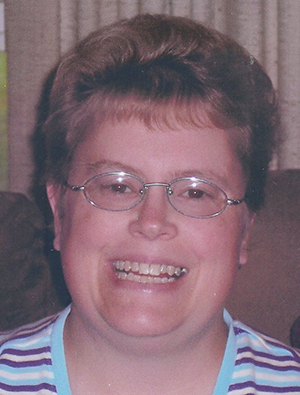 Karen Renae Woodford was born in Albert Lea March 12, 1966, the daughter of Lewis and Gladys (Mostrom) Cunningham. She grew up in Albert Lea and graduated from Albert Lea High School in 1984.

On Oct. 13, 1984, Karen was united in marriage to Clint Woodford at Grace Lutheran Church. She obtained an associate’s degree from Riverland Community College. Karen operated a daycare in her home for several years and later went to work for Mayo Clinic Health System in Albert Lea as a health unit coordinator. She worked there for the last seven years.

She was a member of Grace Lutheran Church, a stamping club and the Business Professional Association through Riverland Community College. Karen loved fishing, stamping and making cards, and particularly loved children. Blessed be her memory.

Karen was preceded in death by her parents; grandparents; and father-in-law, Douglas Woodford.