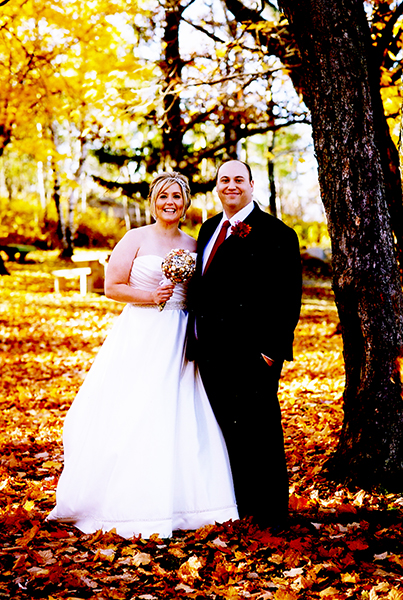 Mariah Lou Levisen and Kyle Gregory Ewing, both of Louisville, Kentucky, were married at 3 p.m. Oct. 18, 2014, at Sacred Heart Music Center in Duluth. The ceremony was officiated by Mary Schultz. A reception and dance followed the ceremony.

Mariah is the daughter of Robert and Darlene Levisen of Albert Lea. Kyle is the son of Greg and Peggy Ewing of Flint, Michigan.

The bride is a graduate of Luther College in Decorah, Iowa, and is currently employed as a preschool teacher in Louisville.

The groom is a graduate of Michigan Technological University in Houghton, Michigan, and is currently employed as a trainmaster with CSX Railroad in Louisville.

Matron of honor was Tina Olson, friend of the bride, and bridesmaid was Megan Brooks, sister of the bride.

Best man was Matt Olson, friend of the groom, and groomsman was Ryan Ewing, brother of the groom.

The couple reside in Louisville.