Merrie M. Johnson, 72, of Austin bravely lost her battle with pancreatic cancer on Friday afternoon, April 3, 2015, at her home surrounded by her loved ones. Merrie will always be remembered for her strength and courage through this devastating disease. Merrie will be greatly missed by everyone who knew and loved her. 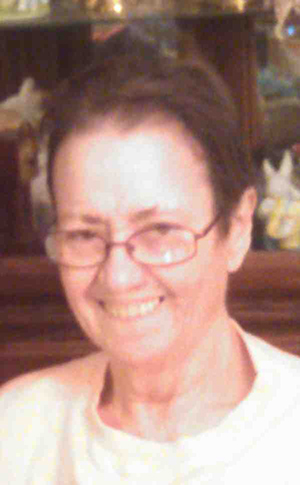 A Mass of Christian burial will be at 10:30 a.m. Wednesday at St. Edward’s Catholic Church in Austin. The Rev. James Steffes will officiate.  Interment will follow the service at Calvary Cemetery. Visitation will be from 4 to 7 p.m. Tuesday at Worlein Funeral Home and for one hour prior to the service at the church on Wednesday. Condolences may be expressed to the family online at www.worlein.com.

Merrie was born Dec. 22, 1942, in Austin to Richard and Mildred (Collette) King. Merrie was the second oldest child and the first daughter in a family of 10 children. Merrie was united in marriage to Jerald Johnson on May 12, 1962, at St. Edwards Catholic Church in Austin. To this marriage three wonderful children were born, Anthony, Katherine and Nicholas. Merrie and Jerry fell in love in September of 1961 and were about to celebrate their 53rd wedding anniversary this coming May. As a young girl, Merrie was a brownie, and then a Girl Scout.  One of the highlights of Merrie’s youth was a trip with her girl scout troop to Savannah, Georgia, a memory Merrie never forgot. Merrie graduated from Pacelli High School in the class of 1960 and graduated from the Austin Vocational College of Nursing in 1961.

In the earlier years of their marriage, the family moved frequently and resided in Minnesota, Iowa, South Dakota and Arizona. Merrie was always excited about moving and felt it was a great adventure. Whenever the family moved to a new area, Merrie usually had a new nursing position within a few days of arrival. Although Merrie worked 27 years in the nursing profession, she also loved bookkeeping and took several college accounting classes. Merrie held head bookkeeping positions for a chain of music stores in Iowa, a large ethanol plant and an electronics distributing company. Merrie retired in June of 1997 at the age of 54 and thoroughly enjoyed her retirement years. Merrie was a true romantic and collected and read romance novels all her married life. At last count Merrie had a collection of over 5,000 carefully catalogued novels by her favorite authors.

Merrie also enjoyed several memorable RV camping adventures with her husband and children to the Black Hills, Yellowstone National Park, Tennessee, and many other wonderful trips. For the past several years, Merrie and Jerry had their RV on a seasonal site in the bluff country by Harmony and Merrie loved to go there on weekends. She always referred to these trips as mini vacations. Other hobbies Merrie enjoyed included knitting, crocheting and playing bingo. Merrie had several appropriate bingo shirts such as, “To Hell with housework, let’s play bingo.” Merrie also loved going out to eat with her sister, Marlene, and her mother every Wednesday night and then back to her home to play cards for a couple hours.

The most important things in Merrie’s life were her husband, her three children, her grandchildren, great-grandchildren and her home. Although her family mourn Merrie’s passing, she will forever be in all their hearts.

She was preceded in death by her father, Richard King, Esq. and one brother, Randy King.