A gathering of family and friends for Michael Alan Lammey, 56, of Albert Lea will be from 1 to 3 p.m. Saturday at Bayview/Freeborn Funeral Home. Interment will be at Hillcrest Cemetery at a later date. Online condolences are welcome at www.bayviewfuneral.com. 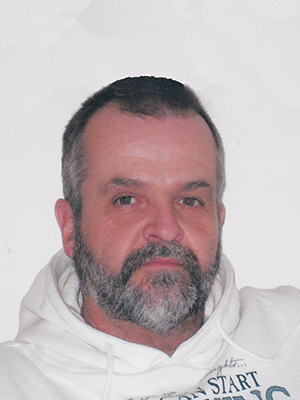 Michael Alan Lammey was born July 21, 1958, in Newton, Iowa, to Doyle and Ilene Joyce (Petersma) Lammey. He grew up in Massachusetts and in 1972 he moved with his family to Albert Lea. Michael graduated from Albert Lea High School and he continued his education in the refrigeration program at Riverland Community College for two years. He worked at Scotsman Ice Machine, Dickerman Appliance and — most recently — for Pepsi Cola as a service tech. Michael loved anything outdoors including fishing and hunting. He also enjoyed bowling and was a member of the Oak Grove Gun Club. Michael loved his dogs.

Michael was preceded in death by his grandparents.