Funeral services for Michael Scott Steele, 56, of Rochester will be at 2 p.m. Sunday at Assemblies of God Church. The Rev. Lee Freshour will officiate. Interment will be at 12:15 p.m. at Concordia Pickerel Lake Cemetery.

Visitation will be from 4 to 6 p.m. Saturday at Bayview/Freeborn Funeral Home and one hour prior to the service at the church on Sunday. Online condolences are welcome at www.bayviewfuneral.com. 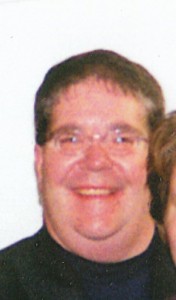 Michael died on Tuesday, April 21, 2015, at St. Marys Hospital in Rochester. Michael Scott Steele was born on Dec. 19, 1958, in Albert Lea, the son of Gerald and Delores (Leaf) Steele. He grew up in Albert Lea and graduated from Albert Lea High School in 1977. Michael earned his bachelor’s degree from the University of Wisconsin, LaCrosse in the field of parks and recreation. Through the years he worked various jobs, most recently in IT for Mayo Clinic Health System in Rochester. He enjoyed golfing, fishing and watching the Minnesota Twins and Vikings. He enjoyed his yearly get-together with his college buddies for Oktoberfest. Most of all, he enjoyed caring for his mom and sister after his father’s death.

Survivors include his mother, Delores Steele, and his sister, Sue Steele.

Michael was preceded in death by his father, Gerald; and his grandparents Walter and Marie Steele, Erma Steele and Conrad and Elida Leaf.